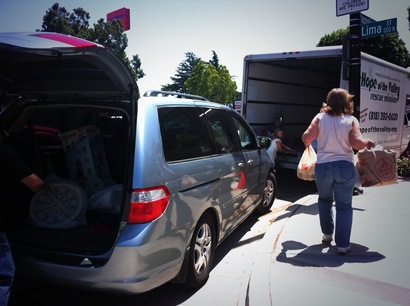 This morning, I’m headed to a women’s brunch for Genesis House. It’s actually not too late…if you read this before 9am 🙂 You can still get a ticket at the door for $25 and join us at The Beverly Garland Hotel in NoHo at 9:30am!

Last week I held a donation drive for Hope Of The Valley’s Genesis House. We camped out in front of Romancing The Bean in Burbank…and all I can say is, it was quite successful. Thank you so much to all who donated…and to Kerry Krull from Romancing The Bean who graciously gave a free cup of coffee to everyone who dropped off a donation.
Thank you!

I, did however, get grief from some of the neighboring businesses on Magnolia Blvd.
Now…I get it. I do. I completely understand that a truck like the one we had, has the capability to block a business….and that’s no good for business. I understand…
but I had to explain (a few times) to those business owners that we were

COLLECTING ITEMS FOR MOTHERS & CHILDREN WHO HAVE NO HOME! 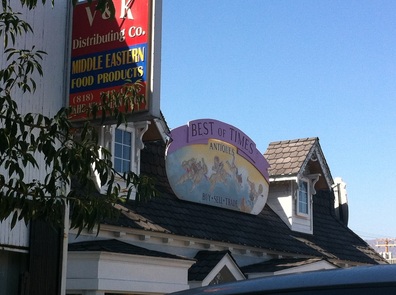 Despite my blocking their businesses, the rooftop signs are still visible.

Oh, forgive me. I didn’t mean to yell just now.

It was frustrating. There was actually, no other place to park when we pulled up, but that didn’t stop me from getting “I don’t understand why you’re not parked in front of Romancing The Bean, then?”

Which I will tell you, was 20 feet or less ahead of where we actually parked. Of course we moved the truck, when there was parking available, but nonetheless, frustrating.

Again, a huge thank you to RTB owner, Kerry Krull, for supporting us and letting us block her business for a short amount of time to gather donations and let people know who Hope Of The Valley is.

While holding this drive last week, I met an amazing person…the driver of the Hope Of The Valley Truck. 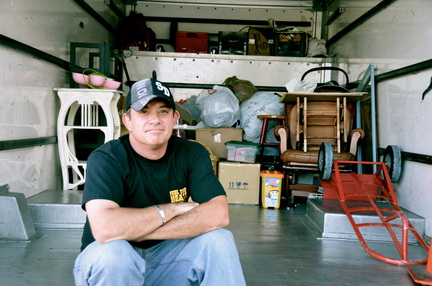 Nick was given the chance to change his life…through HOTV

His name is Nick.

Nick hung out with us for the duration of the drive, which gave me time to ask about him…because, I just cant help myself sometimes.

Nick has been clean and sober since 2009, and it’s something I can tell he’s very proud of, as he should be. Nick served time in prison and when he was released, he had no one. He had no belongings, he had no place to live.

He hitchhiked south and ended up in the car of strangers, whom after hearing his story, dropped him off at Hope of The Valley. He was included in one of their men’s programs and hasn’t left.

He has stayed clean…he has a job and he says now, “Being clean…having a clear head…makes me want things that I never thought about before. Ya know, like having a family.”

I’d say Nick, is a true testament to how Hope of The Valley’s programs work for our homeless.

I’m looking forward to seeing what Genesis House can do for some of the homeless mothers on our streets.

Join me this morning (June 22nd, 9:30am) at The Beverly Garland Hotel for a women’s brunch to benefit this new chapter in HOTV’s programs!

Here are some photos from our donation drive…including my van needing a battery charge…and BurbankMom contributor Pat Caneday strolling by! 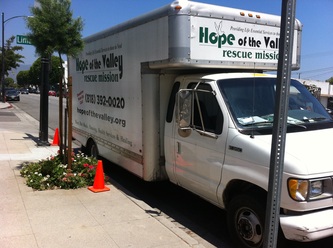 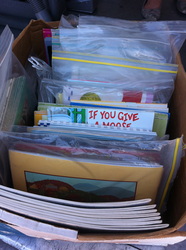 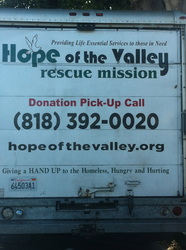 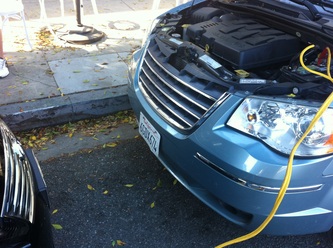 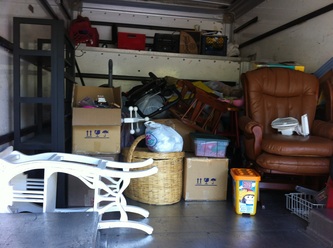 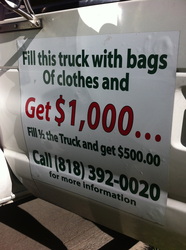 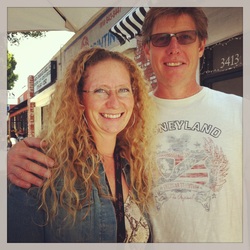