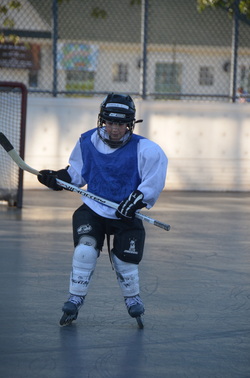 My boys loves the Hockey Program in Burbank

“Right now, we’re treating him as if he’s special needs…no different than if he were in a wheel chair.”

“There is no way you should send him to kindergarten next year.”

Yes, you’re reading that correctly. My son, at age 4, was attending United Methodist Preschool in Burbank when his preschool teacher said those things to me about him in a conference. And that’s just the short list…I took notes.

I said WAS attending because he never went back after that day. I promptly left in tears of anger at the insults, insensitivity and flat out ignorant words that were thrown at me that day.

Is there such a thing as boy discrimination?

Throughout his time he had been attending Methodist, I had developed a kind of anxiety dropping him off. This teacher, whom he adored, would say things to him (in front of me) “We want you to stay at this school,” with an intended threat of dismissal. She said them to me too… “We really want Hayden to continue here.”

If you know my son, he is active, with a capitol A. He’s high energy. He likes to build things and knock them over. He likes to chase you and be chased, he likes to hug and run and jump and make loud noises.

In the 4 months he attended that school, the impression that I got, was that this particular teacher expected all of the kids in the room to behave like girls. Hey, I’ve got two girls, they are completely different than my boy. I can’t give specific examples of that in the classroom, except that I was told he had a hard time sitting still and listening.
Yeah, so? He’s four. He’s a he. He’s smart and active. 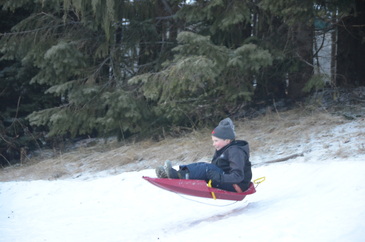 Active, brave, bold…. all things a boy should be allowed to be.

At four, my son was already figuring out his older sisters math problems before she was.
He was reciting books we read at night verbatim, without being able to read himself.

He’s probably like a lot of your boys. Smart, active, rough, funny, dirty, loud and all boy.

In that conference I was told that Hayden “is happy”, “makes eye contact well”, “sits in circle time appropriately”, “asks and answers questions other kids don’t get”, “is a huge lover”, “loves to give hugs to his friends” and “is genuinely concerned when other children are hurt”….

… “We’re not saying he has ADHD, but…. if he does, I certainly don’t think medicine is the right way to go.”

“If you teach him to hold a pencil before he’s ready you will delay his development even further.” 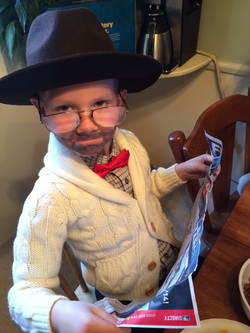 After that conference, I decided for my own benefit and peace of mind, I would have Hayden examined in therapy. Because, hey, you know sometimes we, as parents, are the last to see what’s really going on with our kids. I’m smart enough to know that.  So, I took him to Holding Hands on Glenoaks Blvd for an evaluation. I did not explain to them what was going on, other than I just needed to make sure I’m not missing anything.

The therapist spend a full hour and a half with him. He did everything under the sun to test his activity level, his fine motor skills, his attention, his eye contact, his ability to follow direction and use his muscles….you name it.

When it was done, the young lady said to me, “He’s absolutely fine.” She agreed that she doesn’t see him on a daily basis, but in her experience he’s a highly active, very bright boy who has some sensory seeking tendencies… “Nothing in which cannot be solved on the playground.”

All things I already knew about my son. Because, he’s my son and I know him well.

I got the printout from that session and made an appointment with the then director of Methodist Preschool. She is no longer there, as I’m told.
In the meantime, I decided to talk to the principal at my daughter’s school. Her school has a Junior Kindergarten program. He was a little young to go, but both he and the JK teacher said to just bring him in for a few trial days. They knew nothing about the  Methodist experience. I wanted a complete viewpoint of someone who knew nothing about my son.

He flourished. Within one week he was cutting with scissors and (GASP) holding a pencil correctly in the beginning stages of writing his name!
The JK teacher told me he was a very typical boy and she loved boys. She allowed him extra play time if he was having a hard time sitting or focusing. She allowed him to stand when doing any work if he needed to.
She got it. We kept him at that school for the remainder of the year.

Because of her, his Kindergarten (yes, I sent him, because as his parents, myself and my husband knew it was the right thing to do for him) and First Grade experiences have been spectacular. Beyond spectacular. As a matter of fact, he has gotten straight A’s on the first three report cards of this year, and I’m guessing the next one will be too. (I don’t put a strong emphasis on straight A’s in our home, just FYI…he’s just academically gifted) He has only had a few behavior issues in the classroom, none of which are out of the norm by any accounts.

I am going to make it clear again, I have nothing against Methodist Preschool. We enjoy all activities we do there and are looking forward to Vacation Bible School. They have amazing classes for our kids and parents alike.  I do believe this has everything to do with the teacher and not the philosophy of the school. I’d be interested to find out if that teacher is still there and what the atmosphere of the school is with the new preschool director.

I share all of this because I watched a video today.
This video…. 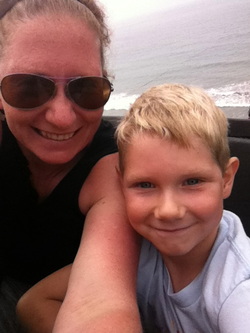 My boy and I on Pacific Pier

I suggest we all watch this video.

Boys and girls are in fact different. Vastly different. They differ in brain growth, size, emotions, pace of development, all different from the womb. I’m not a mom who orders my son to “talk about your feelings”. I don’t judge any of you who do, but I simply disagree with this as a sole tactic to get our boys to express themselves.

My favorite quote from the video: “We need to start thinking about how we can make our grade school classrooms more boy friendly.”