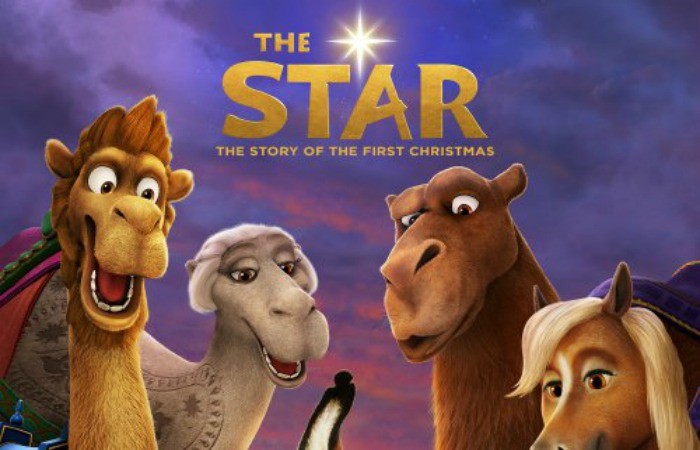 Oh, how I love stories about Christmas.

In Sony Pictures Animation’s The Star, a small but brave donkey named Bo yearns for a life beyond his daily grind at the village mill. One day he finds the courage to break free, and finally goes on the adventure of his dreams. On his journey, he teams up with Ruth, a loveable sheep who has lost her flock and Dave, a dove with lofty aspirations. Along with three wisecracking camels and some eccentric stable animals, Bo and his new friends follow the Star and become accidental heroes in the greatest story ever told – the first Christmas.

Grammy winner Mariah Carey wrote and performs the title track for The Star’s soundtrack, which is also loaded with music from some of today’s top artists.  “What would a Christmas movie be without Christmas music?” says DeVon Franklin.  The soundtrack for the film features a compilation of Christmas classics old and new that not only perfectly fit the film, but make the perfect soundtrack for the season.

Some really fun bonus materials include:

Star-Woke: Sing along with Bo & Friends, craft ideas and behind the scenes meeting the cast!

FOLLOW @BURBANKMOM
My #Valentine centerpiece. I’m so in love with