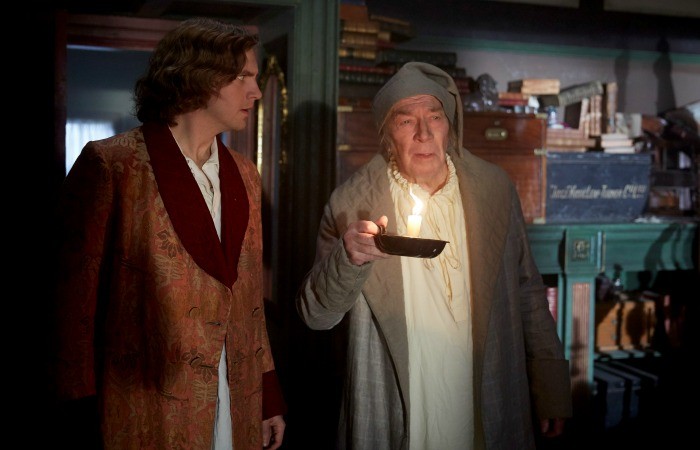 At Christmas, my grandfather used to sit us grandchildren down and read a chapter at a time out of ‘A Christmas Carol.’ We’d take breaks, depending on our age and come back to my wise grandpa, legs crosses, pipe in mouth and listen as he read aloud the classic to eager ears.

At some point, he gifted this book to me and it sits on the shelf in my living room. This Charles Dickens gem is probably one of the most brilliant of all human stories, as it gives us a truly deep glimpse into the heart of man and how generosity, kindness and giving can change a life.

Some of the most magical stories I’ve seen portrayed on screen have come from places deep inside humanity and the heart of the creativity we possess. Most oftentimes, they’re true stories…the kind you ‘just couldn’t make up.’

The Man Who Invented Christmas is my absolute favorite film of the year. But I love Christmas and I love ‘A Christmas Carol.’ 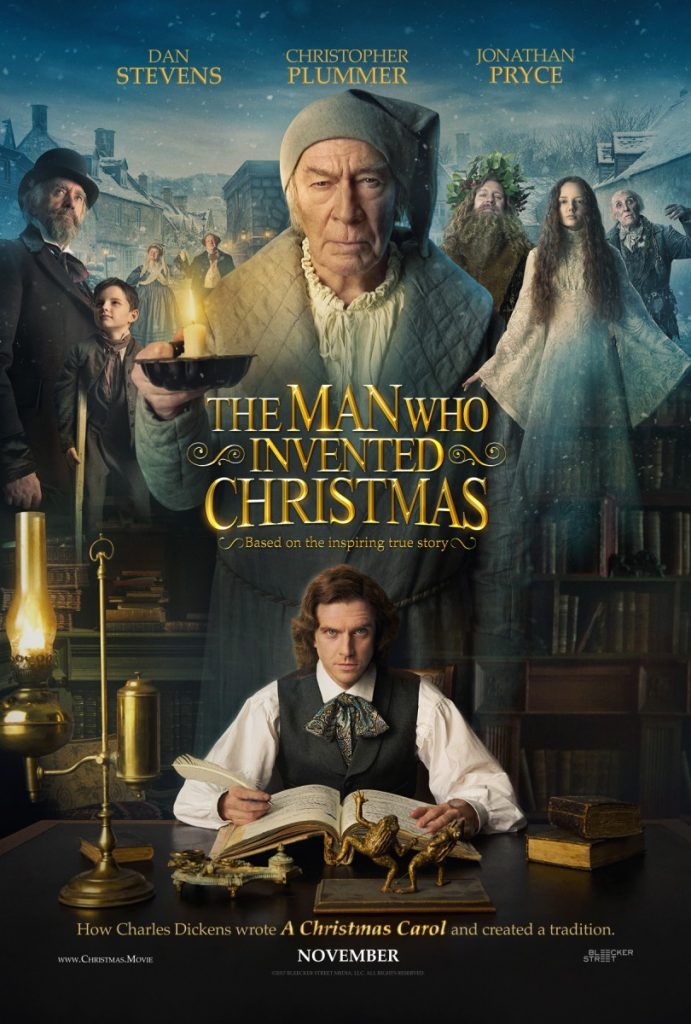 The Man Who Invented Christmas is inspired by the true story of how the brilliant Charles Dickens created the Christmas story of all Christmas stories and the characters our world holds dear. He wrote this classic in a time when he felt the Christmas spirit was gone and something must be done to revive the true meaning of the holiday, hence the title.

There have been, literally, hundreds of versions of this story told over and over and over since its original publish date in December, 1843. But this take, is like none you’ve seen. 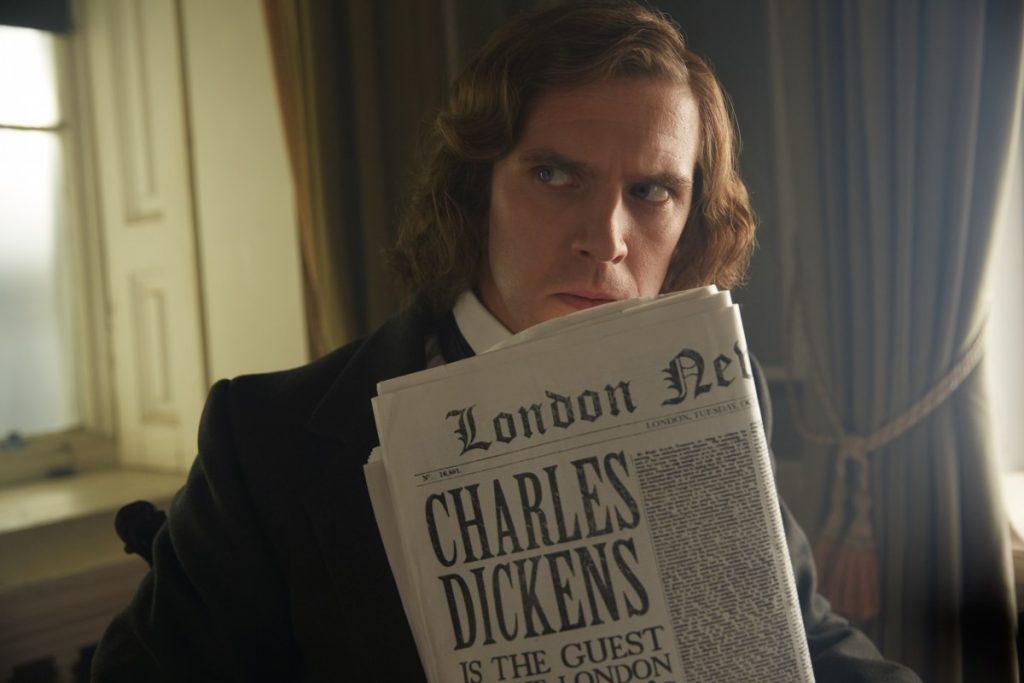 The very handsome and charming Dan Stevens, who recently starred as Beast in Disney’s live action Beauty and the Beast, plays the lead role of Charles Dickens with ease. Academy Award winner, Christopher Plummer shines as Ebenezer Scrooge and Jonathan Pryce who plays Charles’ father, John, steals my heart with his portrayal of a man who’s life motto was to help ‘lighten the burden of others.’

Writer, Susan Coyle and Director Bharat Nalluri do a wonderful job showing us the creative process come to life, in the crazy, obsessive manner it works.  Dickens’ characters follow him everywhere and actually help him write the story. It is said that there is a fine line between genius and insane and that line is drawn and crossed and erased and made bigger and stepped over, balanced on and ever present throughout the film. 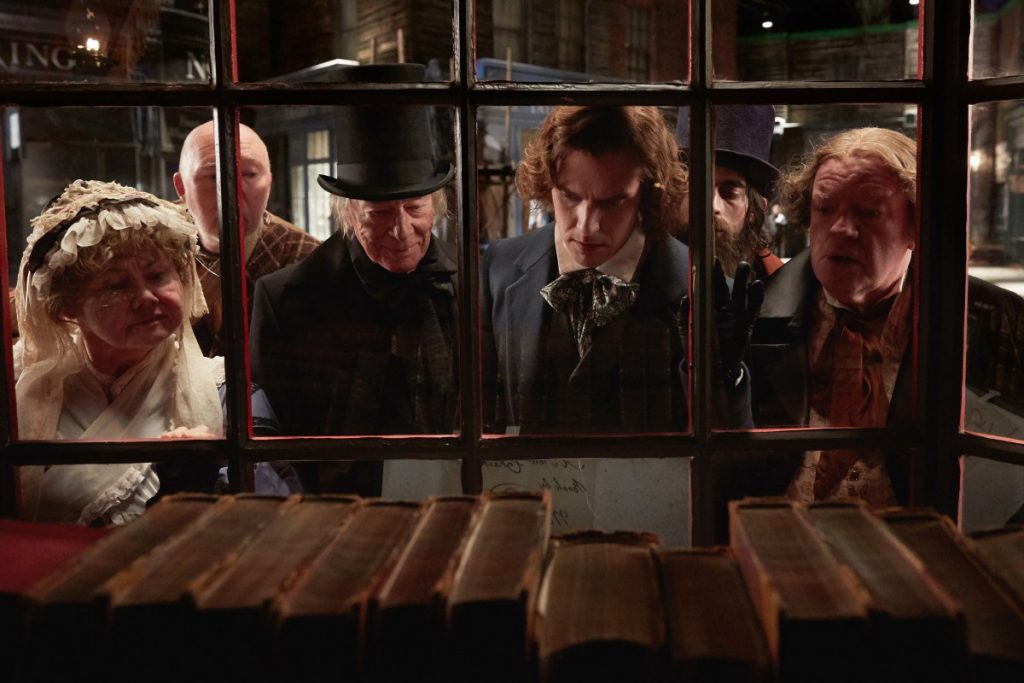 As Dickens struggles through writers’s block, he ultimately fights hard to push through what’s really blocking him, himself. This story might just show us how much Dickens had in common with one of the most popular characters ever created.

‘The Man Who Invented Christmas’ is a beautifully moving film your family will want to see this holiday season. It’s the perfect movie to remind us what Christmas is all about and how absolutely strong the human spirit is.

And most importantly, even the coldest of hearts can be made warm again.

The Man Who Invented Christmas is in theaters on November 22nd.