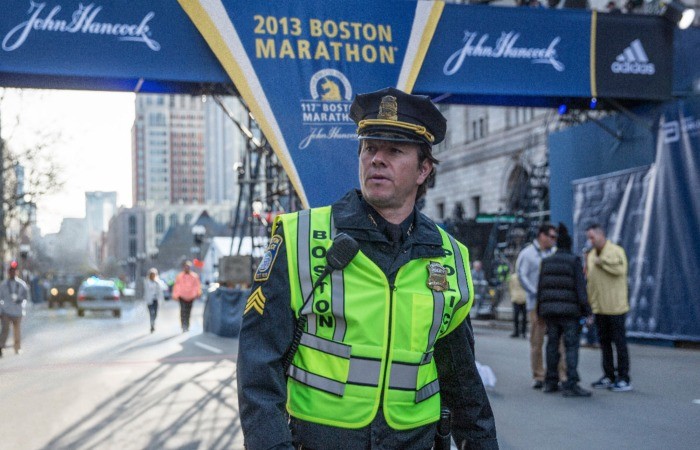 Oh, how I love people. The strength humans possess to endure the most difficult situations completely humbles me. The strength victims have to move forward after a traumatic experience, encourages me in my every day life and the strength groups of people have in difficult times solidifies the confidence and love I have for the human spirit.

Some of the most difficult movies to get through are the ones based on real events. These are the films with the stories you already know. They are stories that have already caused you pain or some other kind of roller coaster of emotion. These have endings you have already witnessed and you also know what happens in the process…or at least think you do.

Patriots Day is the heroic story of how the City of Boston, Massachusetts came together in the face of horror. In April, 2013, Boston experienced terrorism first hand when two bombs went off at the finish line of the coveted Boston Marathon, which occurs on Patriots Day, annually. Patriots Day has been celebrated in the City of Boston every year since 1897 and is the world’s oldest annual marathon.

Three people were killed in the explosion and 264 injured with 14 people requiring amputations. An MIT officer also lost his life in this event during the manhunt of the suspects. 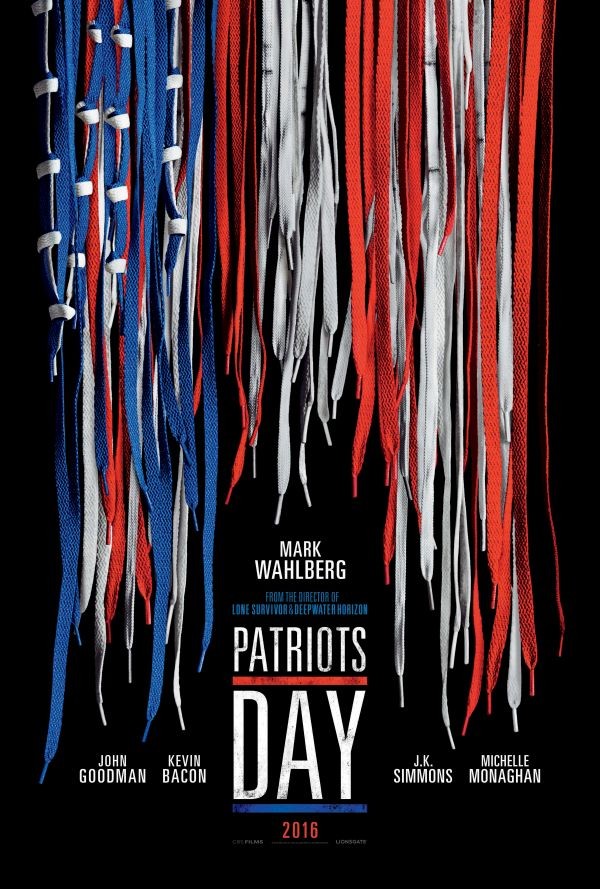 Patriots Day isn’t a dramatization. It isn’t a big action thriller. It’s not a suspense adventure. This film brilliantly depicts the story of the events that occurred that morning and the days following until the manhunt for the suspects came to an end…as if it were real-time, as if you were there.

The spotlight is on the heart of Boston, and it shines bright.

The main character of Patriots Day, Tommy Saunders (Boston native, Mark Wahlberg) is not based on a real-life human…but is actually the representation of the police department and first responders and all heroes in every moment of this event. In the film, it feels as though he’s in all places at all times…and this is the creative writing that shows us how far the heart of this city spreads. Whether he’s on the street with victims, in his home leaning into his loved ones or in a car searching the streets for the suspects, Wahlberg does an amazing job delivering the heart of Boston to the audience.

When asked about the timing of this movie, being only three years after the bombing, Mark says “Is it too soon? I just feel like it’s not soon enough. These things are continuing to happen and they will continue to happen…I’m proud of how people reacted. I’m proud how people came together and I’m proud that we can now show people what Boston Strong really means.”

Jimmy O. Yang delivers, what I consider to be one of the most stunning, moving performances in this film. His role is pivotal and his portrayal of real-life hero Dun Meng is moving. Yang is best known for his stand up and comedic roles, but the depth of this young man’s talent can be seen in this hero he shares with us. Dun Meng was the car-jacking victim and had this young man, a new immigrant to the United States, not been as courageous as he was….this situation could have turned out different, and not for the better.

I sat with the wife of Sgt. Jeffrey Pugiliese and asked her how her night was, the day this took place. Her husband was the Watertown Police Chief at the time of the bombing. Sgt Pugiliese plays a very important role in this story.

Mrs Pugliliese says, “I was woken up in the middle of the night by my brother in Alaska. He called and said ‘What the heck’s going on in Watertown? I had no idea what what going on. About 1am I called and he said he was okay. Every conversation I had with him was about 10 seconds long…he had to go. Then, around 5am, he called and said he was going to the hospital. I yelled, ‘I thought you said you were ok!’ ”

These are the powerful pieces of art I adore. The real ones. The writers, directors, actors and everyone involved, who spend so much time to ‘get it right.’

I love the strength in community.
I love people.
And in the face of such an event, I pray I am one to run in and not away.
We salute you Boston.