Paul and Malissa Foley reside in Burbank, California where Paul works as a professor at USC and Malissa is now a stay at home mom after working for years in interior design.
“We met on a blind date and will be celebrating our 10-year anniversary in September. We have three children: Skylar is 7.5. Avery is 4.5 and Levi is 13 months.” says Malissa. 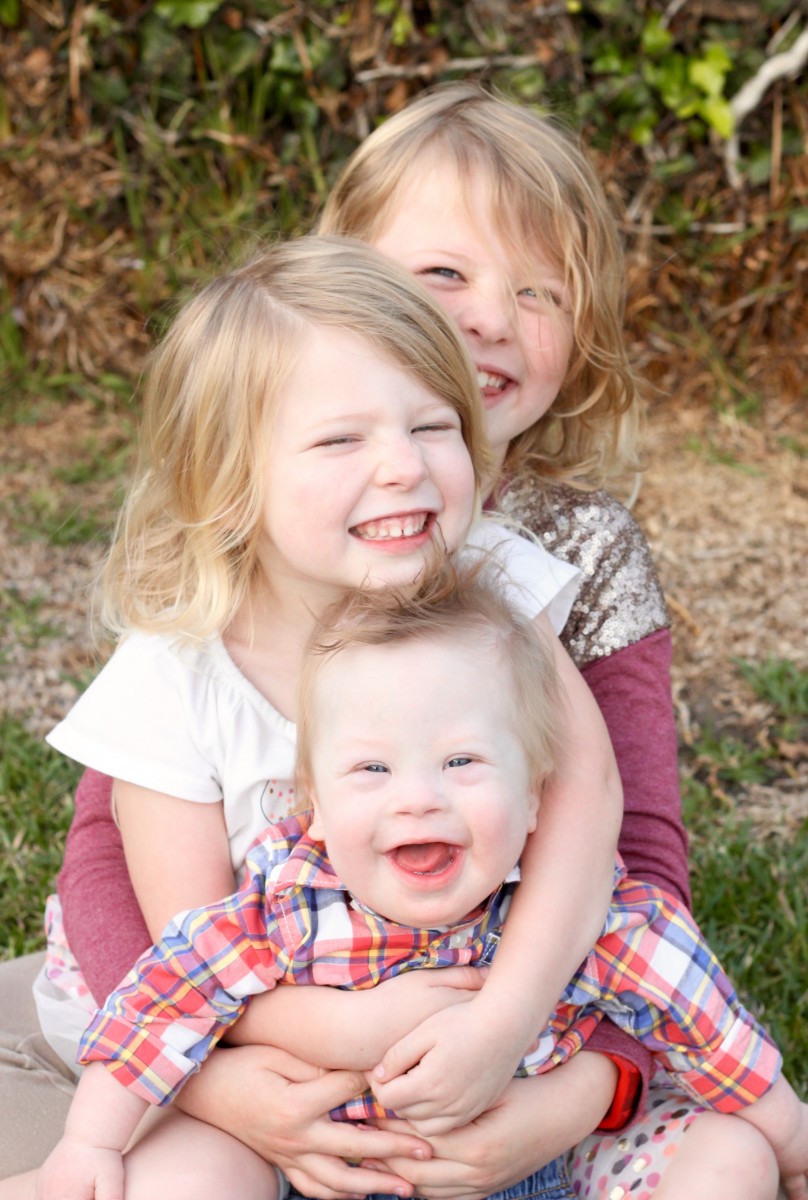 When I asked Malissa about the experience of getting a diagnosis of Downs, she said ”
Well, I took the NIPT test that was offered to me at 13 weeks. They said if we don’t call you, then nothing is wrong… Then I got the call.” 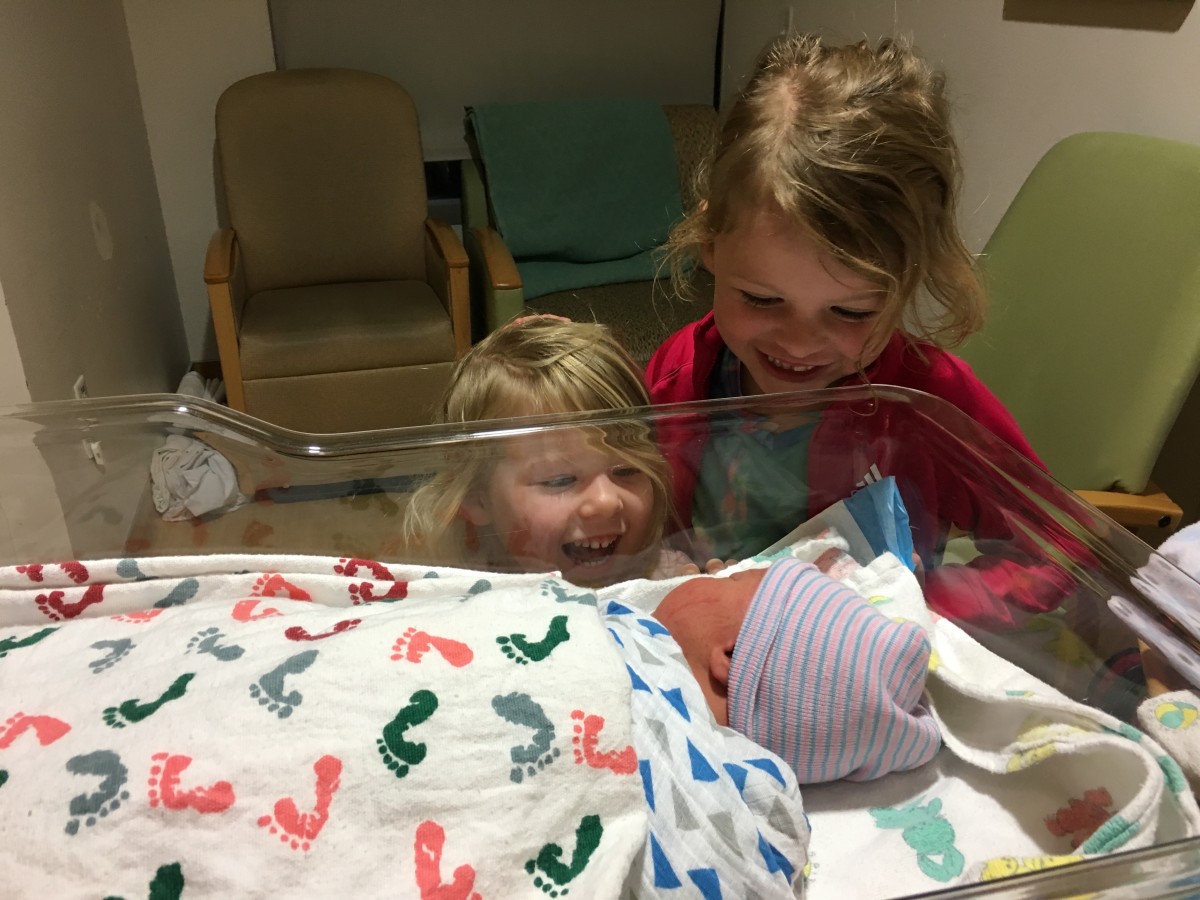 “The geneticist said we were having a boy and that we tested 99% positive for Down Syndrome. We were shocked and heartbroken. We had two very healthy little girls, there was no reason to think our third pregnancy would be any different. In fact, in many ways it had been going even smoother.
But as the weeks progressed there were more markers. An increased nulcalfold, a heart defect, short leg bones. We decided not to have an amniocentesis because of the risk of miscarriage and also because it wouldn’t tell us anything we didn’t already know. A lot of people in the DS community talk about being pressured to terminate, but we didn’t experience any of that. The genetic counselor and perinatologist we saw were very positive and supportive of our decision.” 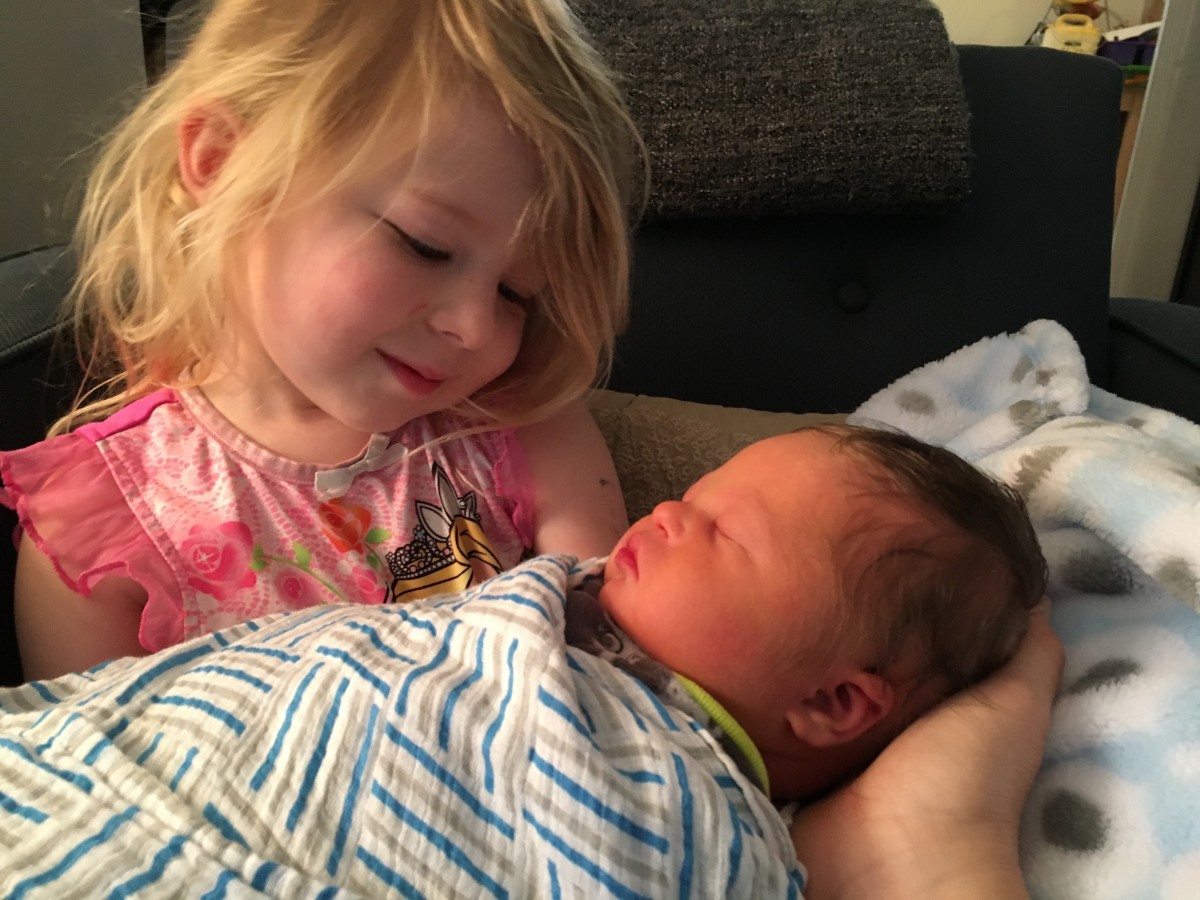 One of the girls in our daughter’s Daisy troop had a brother with DS and their mother became a wonderful source of information and support. She put us in touch with Club 21, a fantastic Pasadena based organization that acts as s support network for families just like us. Online, the Down Syndrome Diagnosis Network, DSDN, has been a major source of information both through their website and on private Facebook groups. Having a child with special needs can be isolating, and sometimes it helps to
realize you’re not alone. We have met some really amazing families in the process. 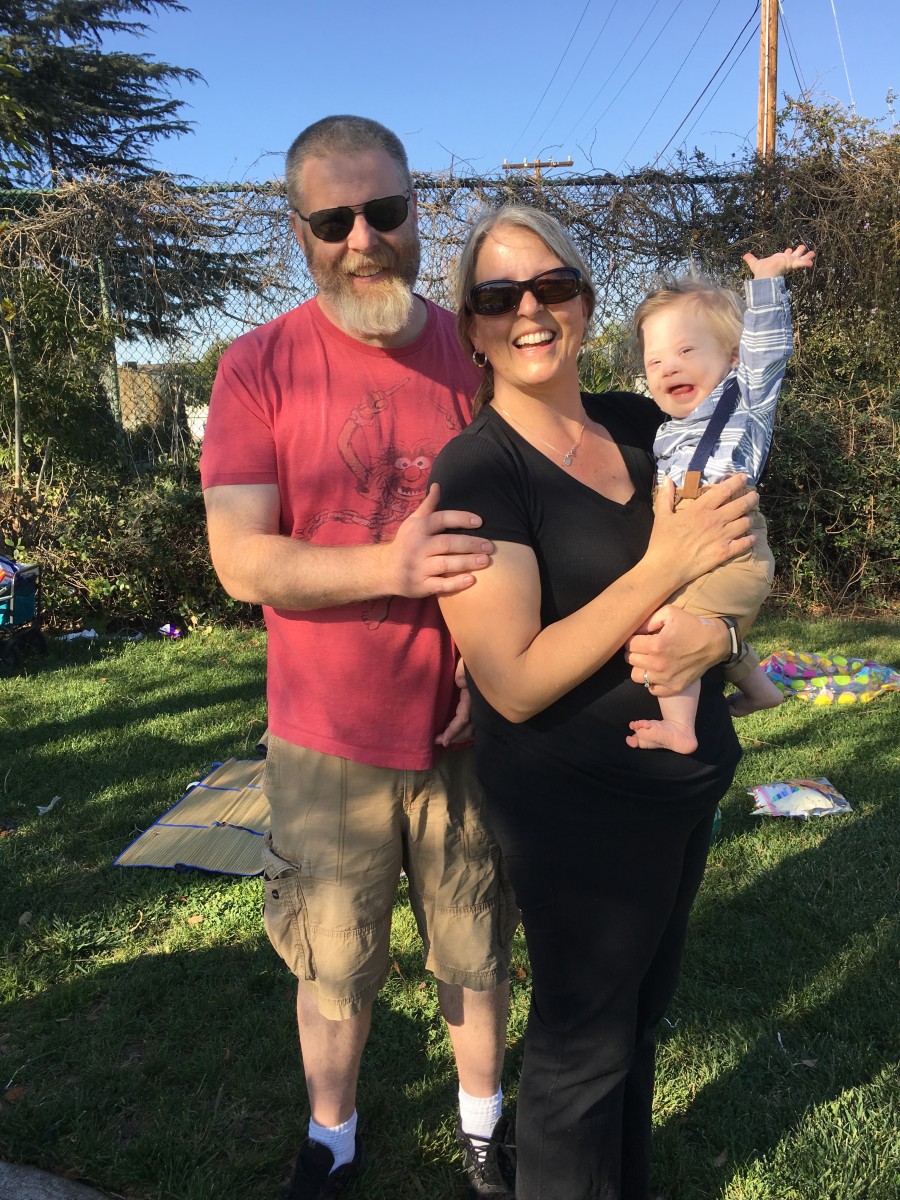 When I asked Paul and Malissa about the fears that come with a diagnosis like this, she was very open. Fears of the unknown are already present when expecting a typical child, but any added diagnoses must certainly add to everyday fears.
“They say being a parent is like living with your heart on the outside, but with Levi
everything is more pronounced. Basically, fear of the unknown with occasional bouts of anger, guilt, shame, and doubt. Will he walk? Talk? Read? Will he be bullied? Will he achieve independence? And if not, Who will take care of him when we die? Will he be a burden that we pass onto our daughters?
While he was still in utero we learned he had a complete AVSD heart defect. That meant open heart surgery and the possibility of a stay in the NICU after he was born…But his birth ended up being typical. He roomed with me for two days and then we came home together. Other than a slight case of jaundice, he was just like any other newborn. I think we felt the loss of an idea more than anything. The path we thought we were on disappeared. But, it turns out, the one we’re on now is filled with hope and joy. That doesn’t mean it’s not scary. Levi’s open heart surgery at 8 months was stressful and surreal. But the support we got from family and friends was astonishing. The parents from Avery’s coop preschool started a meal train and both sets of grandparents came in from out from out of town.” Malissa says 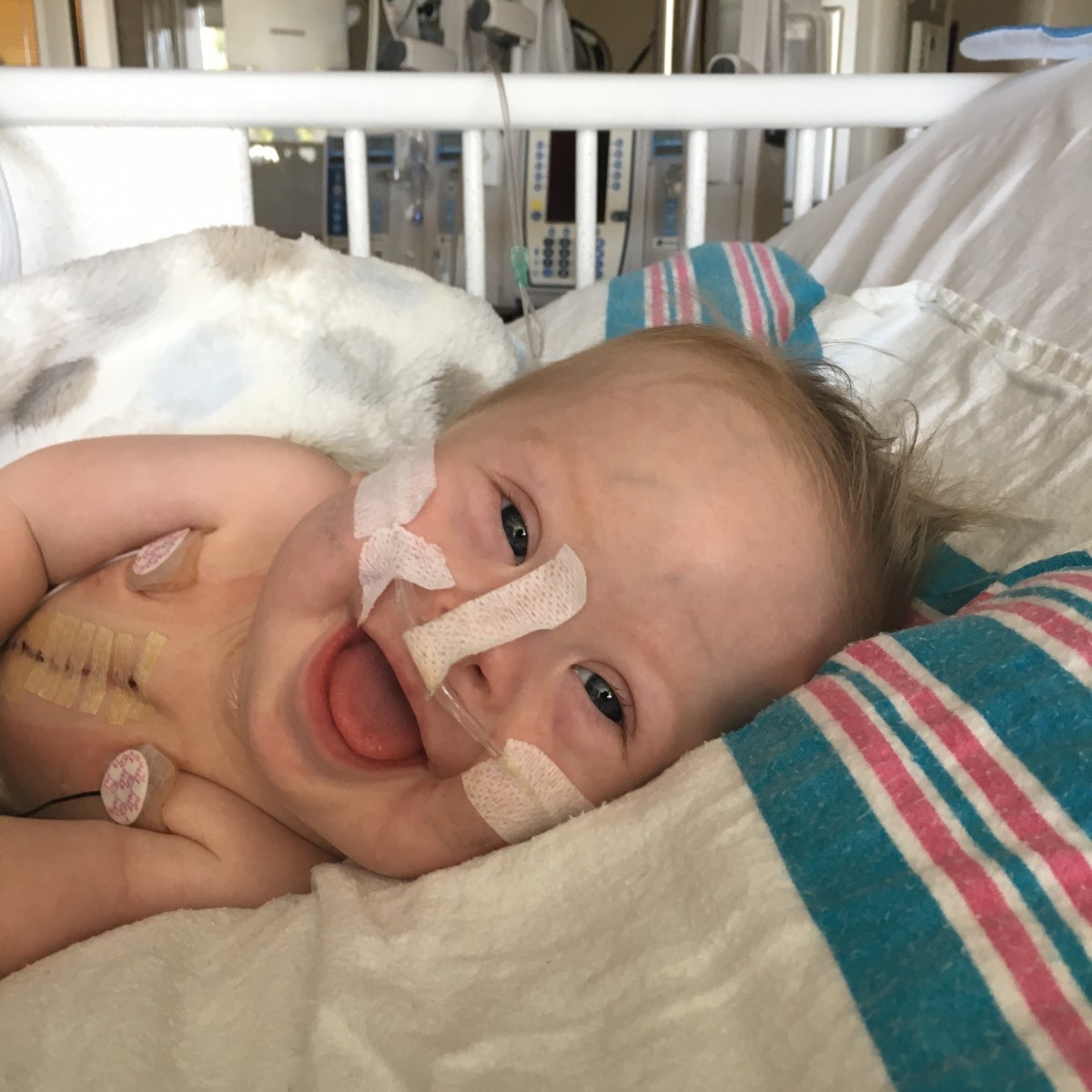 She continues, “It saved us and Levi’s recovery has been inspiring. He is a brave, smiley little soul and he completes our family. He was meant to be here and I can’t wait to see who he becomes. It’s no different than with any other child, except the pace is a little different.”

When I asked Paul and Malissa about what they know now that they didn’t before, Paul replied,
“Everything. The learning curve has been extreme, but it all boils down to this. People with DS can accomplish almost anything typical people can. It just takes time and patience. [I want people to know] That Down Syndrome is not a death sentence…I think fear— fear of the unknown, fear that what happened to us could happen to you or someone you love — drives a lot of unfounded prejudices. One of the most profound things to come out of Levi’s surgery and stay at Children’s Hospital was the realization of how lucky we were. There are parents and children facing challenges that boggle the mind.”

Malissa continues, “We want [our children] to be good citizens who treat everyone with respect and dignity. We hope they will find partners and fulfilling work about which they can be both passionate and proud. We want them to know that they are loved… and once Paul and I realized that our hopes and dreams for Levi were the same for our daughters, things came into focus. We love him and our daughters with our whole heart and soul. We wouldn’t change a thing… 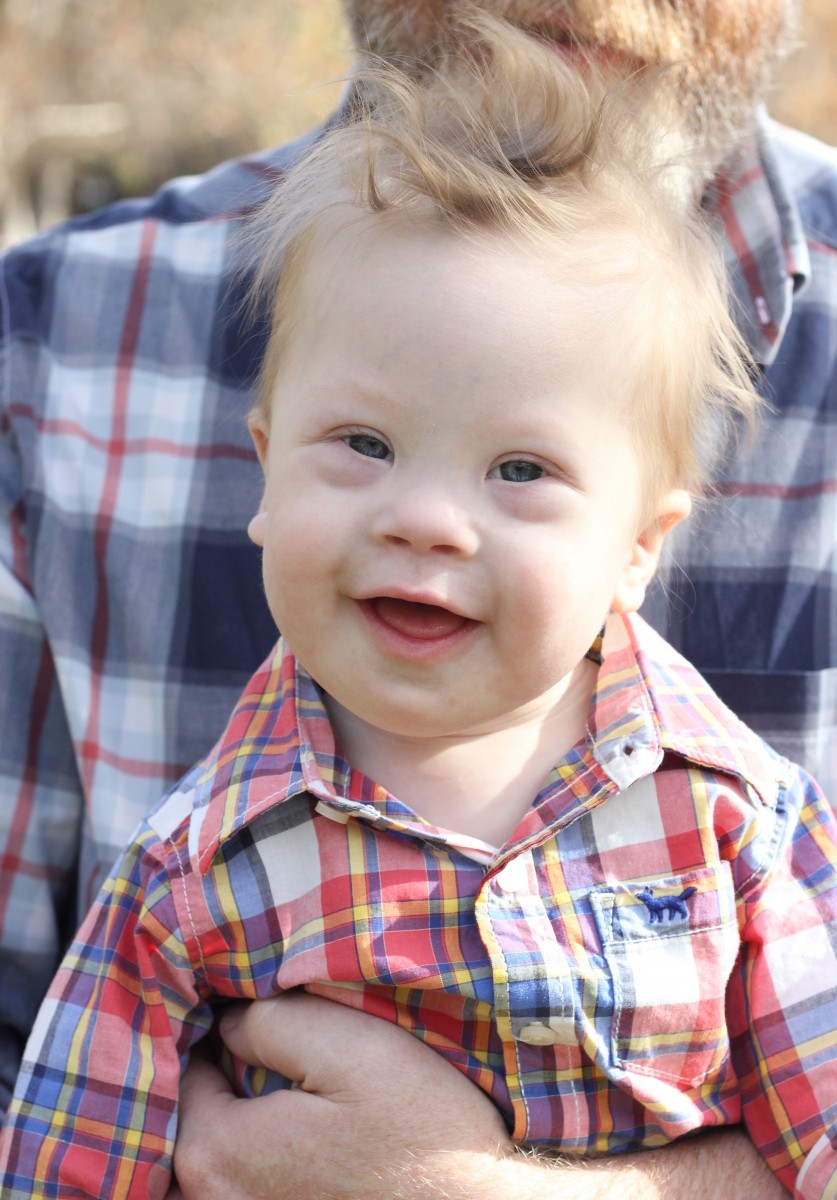