0 shares
Disclosure: I received a copy of this DVD for review purposes. All opinions are my own…as was the box of tissues at my side. 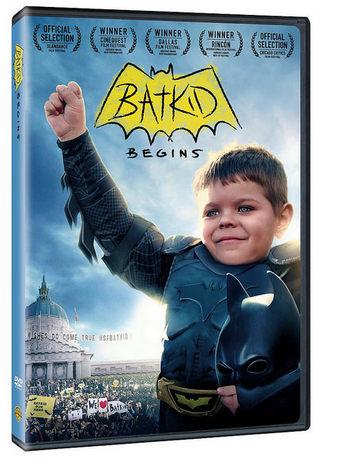 That is the bottom line. Anything. When a 5 year old  little boy, who had battle cancer for half of his life, tells the Make-A-Wish Foundation that his wish is to be the real Batman, it became more than possible. It became reality.

I don’t know if you remember this like I do. But I remember this incredible story when it happened. I thought it was really amazing then…and the recently released Documentary showcasing the events of this day, fills me in on exactly how spectacular it was.

Batkid Begins tells the incredible story of the lengths the Make-A-Wish Foundation in the Greater Bay Area in Northern California went to, to make this day happen.

What they didn’t expect, was the response by all of us.

This day blew up the internet. Social Media helped millions of people support Miles. Actors who have played Batman in the movies as well as President Obama got in on the social media connection.

This is a must watch film for the family. It’s a feel good story about the power of possibility. The power of community…and really, the power of social media.

Batkid Begins is on DVD today!