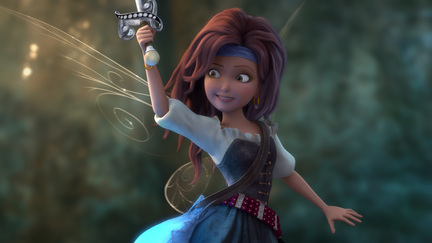 Do your kids love Tinkerbell…and Pirates?
Disney’s, The Pirate Fairy, is running February 28th-March 19th at The El Capitan!

Guests will experience a special live appearance by Tinker Bell at every show, and have the opportunity to get up and dance along to favorite Disney Junior songs with the “Disney Junior DJ Shuffle Dance Party” before each showing of “The Pirate Fairy.”

‘The Pirate Fairy’ will whisk El Capitan guests away to the world of Peter Pan in an exciting new way, featuring a new fairy named Zarina, whose curiosity gets her into trouble.”

On Saturdays and Sundays, El Capitan guests may also enjoy breakfast with Tinker Bell before the 10 a.m. movie. Seating is limited and reservations are required.

The El Capitan Theatre will also host a very special “Tiny Tot Tuesday” every Tuesday during the run of “The Pirate Fairy” at 10 a.m. During this special screening of “The Pirate Fairy,” parents and small children can enjoy the movie in a “tot”-friendly way­––complete with lights dimmed rather than out and reduced sound levels 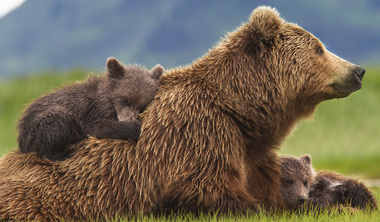 “Bears,” the all-new Disneynature film, April 18 – May 14, 2014. “Bears” showcases a year in the life of a bear family as two impressionable young cubs are taught life’s most important lessons against an incredible Alaskan backdrop. During the first two weeks of the movie’s run, the Wildlife Learning Center will present animals live on stage before every screening.

“Earth Day is very special at the El Capitan this year with the opening of ‘Bears’ and our participation in the program See ‘Bears,’ Protect Our National Parks,” said Lylle Breier, senior vice president of worldwide special events for Walt Disney Studios Motion Pictures. “This special program invites El Capitan Guests to see the film during opening week [April 18-24, 2014] and Disneynature, via the Disney Worldwide Conservation Fund, will make a contribution to the National Park Foundation, the official charity of America’s national parks, to protect wildlife and wild places across America’s national park system.”