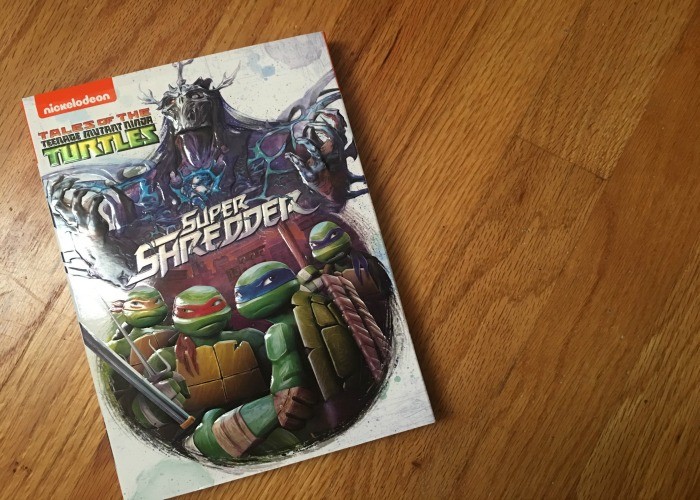 Looking for a birthday gift or a stuffer for an Easter Basket? 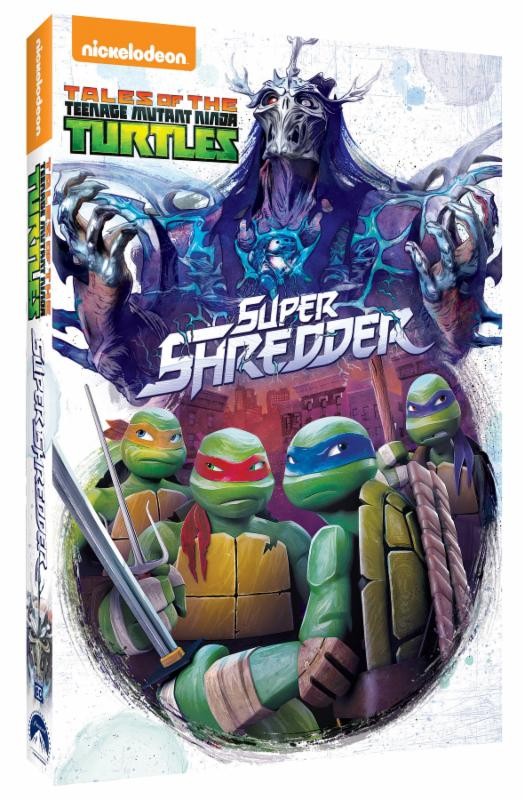 This DVD features episodes from season four and five, and it’s available now! Using all of their skills, the Turtles’ training is put to the test as they face their biggest enemy yet – the Super Shredder. With 11 episodes on two-discs, the Turtles prepare to battle Shredder, meet mysterious new enemies with superhuman speed, face an old enemy Don Vizioso and protect the world from Kavaxas in this new DVD collection. Join Leonardo, Raphael, Donatello, and Michelangelo, along with April and Master Splinter, as they embark on epic adventures and more to protect their planet.
Produced by Nickelodeon Home Entertainment and distributed by Paramount Home Media Distribution, Tales of the Teenage Mutant Ninja Turtles Super Shredder will be available on DVD March 21, for the suggested retail price of $16.99.
Tales of the Teenage Mutant Ninja Turtles Super Shreddercontains the following episodes: