Taking The 'Chore' Out Of Our Daily Chores | Burbank Mom 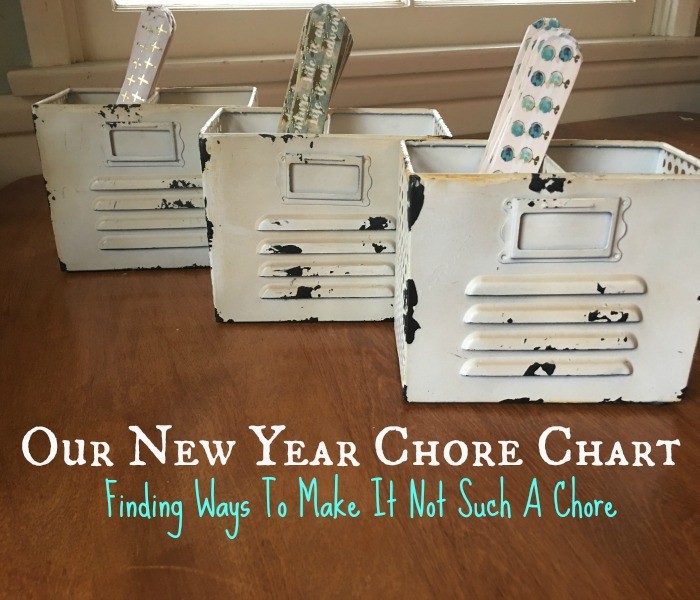 We all know getting our kids to help with the household chores can be a…well, chore. I’m sure I wasn’t so complaint when I was a kid, either. But, it’s important…them  helping out around the house.

And I don’t pay.
Maybe we go by what our parents did in our home, as we often revert back to even when we don’t want to, but in my home, we never got paid for chores. There was no allowance, simply because of the fact that household duties are shared by all who live in the house. We didn’t get paid for things that were expected of us.
If my kids want to wash and clean my car, sure I’ll pay. Currently, my kids have a job walking the neighbors dog, so there are other ways for them to save money.

But, my kids are there, they have arrived…they are all at an age of doing more than emptying the silverware out of the dishwasher. And you bet your hind end, I’m reminding those kids that I never had a dishwasher until after college.

As a matter of fact, recently, I thought to punish a certain young man in our home for talking back to me by making him scrub the toilet. After I assigned this ‘consequence,’ I realized I shouldn’t have done that because it’s an actual duty he’ll be getting in the near future. I don’t want chores to feel like a punishment. Then, to my amazement, after the horror of what he realized he had to do, a shout came from the bathroom…

“MOM! THIS IS ACTUALLY KINDA FUN!”

On one hand, I was elated that he realized it takes just a few moments, it has to be done, he’s helping out and there’s something oddly satisfying about cleaning. But on the other hand, I was so annoyed that I wasted a moment to make him regret talking back to me. I could have got creative and made him write out 100 thank you notes to all the elves in the north pole for working so hard. THAT would have done it.

Our kids have responsibilities and if I don’t have some kind of chart, they tend not to get done. And I have a hard time following through when I feel lost, myself. 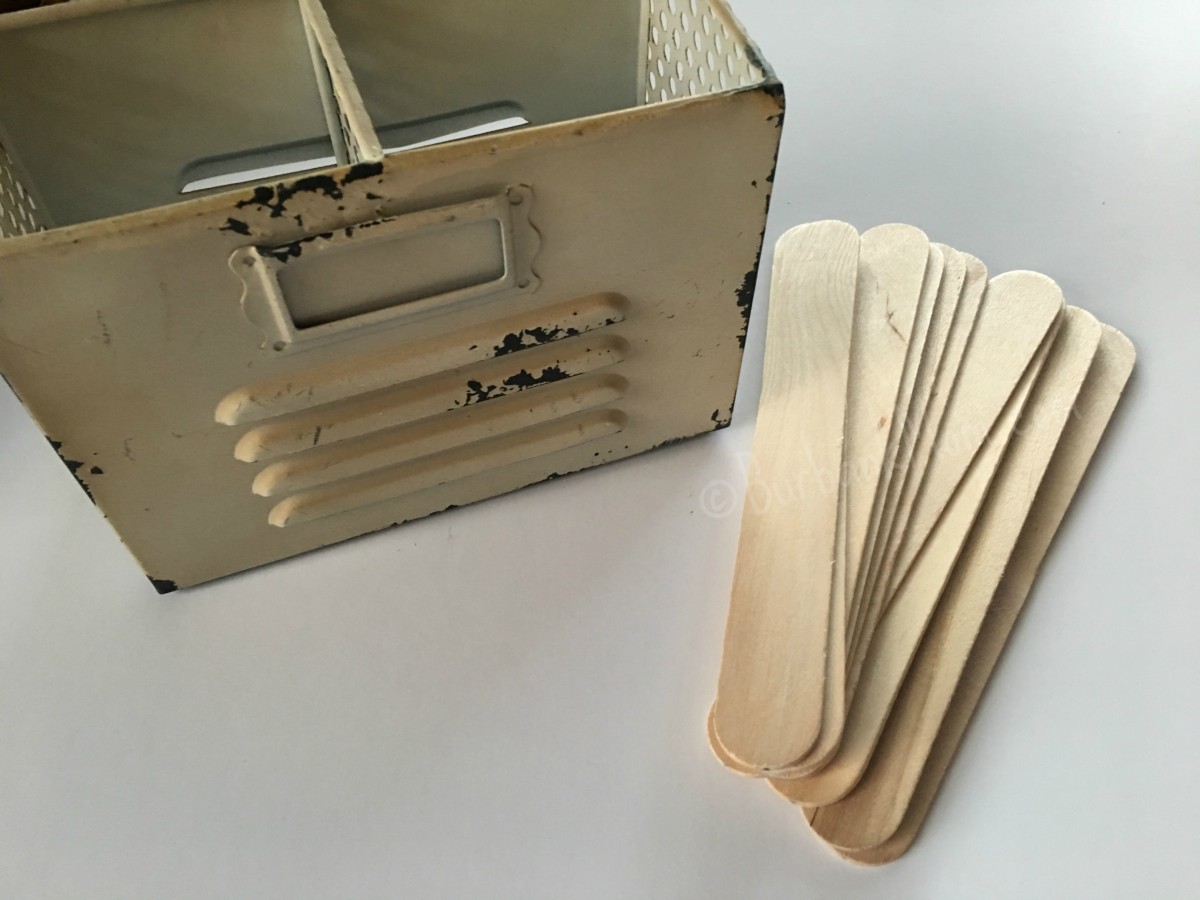 I found these amazing little metal lockers at Hobby Lobby. They were 50% off and so they ended up being $7 each. There is a space for each kids name and they have two partitions that gave me an idea. I’ll create three groups of chores. Some are the same, some are daily and some are weekly. The kids will each have their own little locker and when a chore is done, they’ll move their stick from one side to the other. I used large popsicle sticks and washi tape to identify each group.

Then, I’ll rotate the chores between the lockers next week.

The kids seem to like this little ‘chart’ so we’re going to go with it.

How do you handle chores in your home? 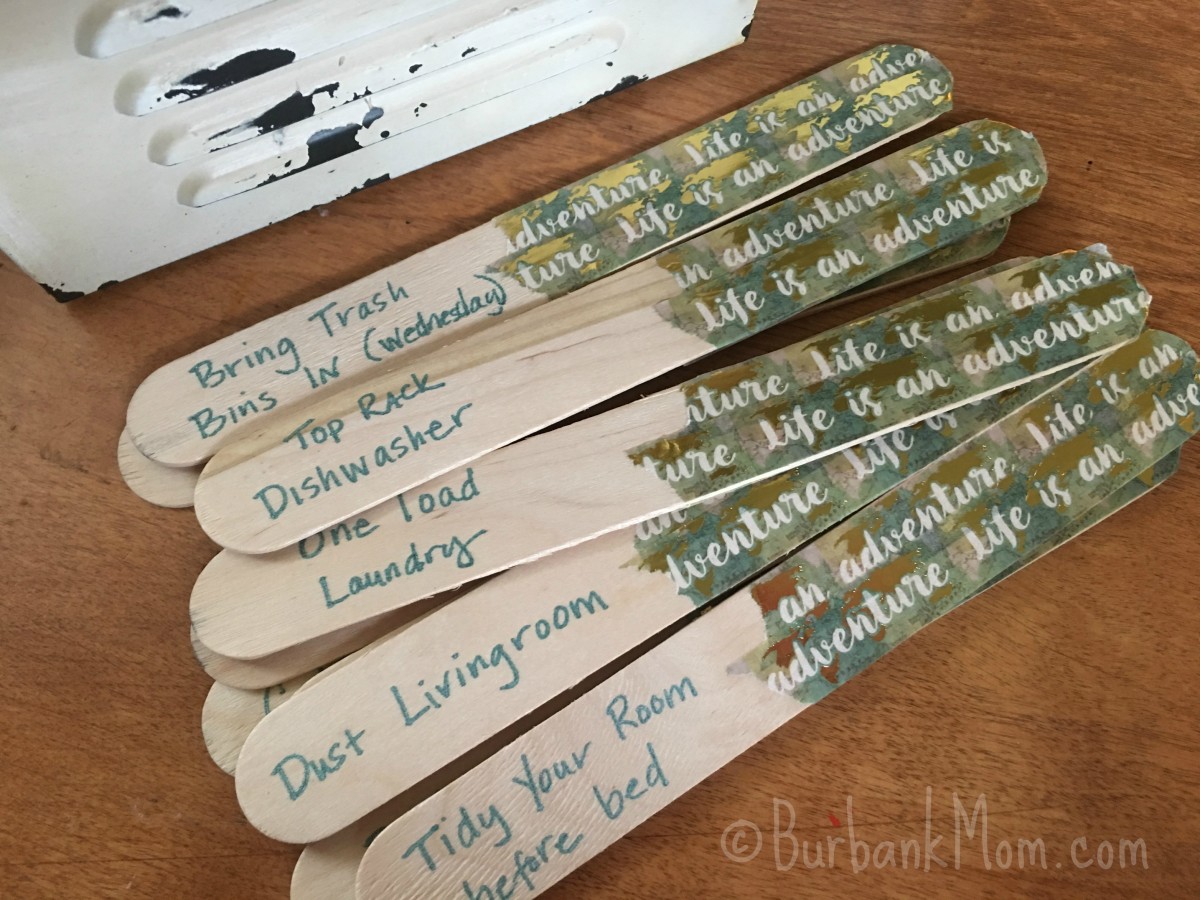