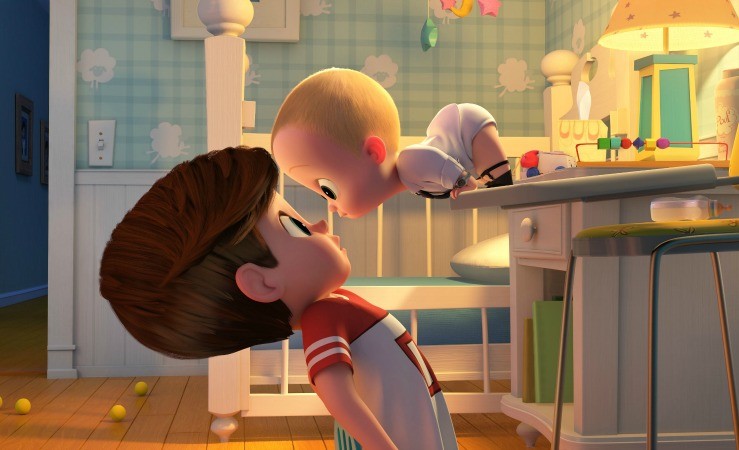 As a parent with more than one child, I often feared my heart would have no space to love another bundle as much as the one we already had. And if you’re a sibling when a new bundle comes home…you may also wonder where you’ll find love for the new member of the family….as well as how long they plan on staying.

When my second baby came home from the hospital, my first (who was just 2 at the time) child picked up a broom and hit the new one on the head. That pretty much sums it up. When siblings have to make room for a new one, the attention they once had will no longer be fully theirs. It’s the nature of the beast. 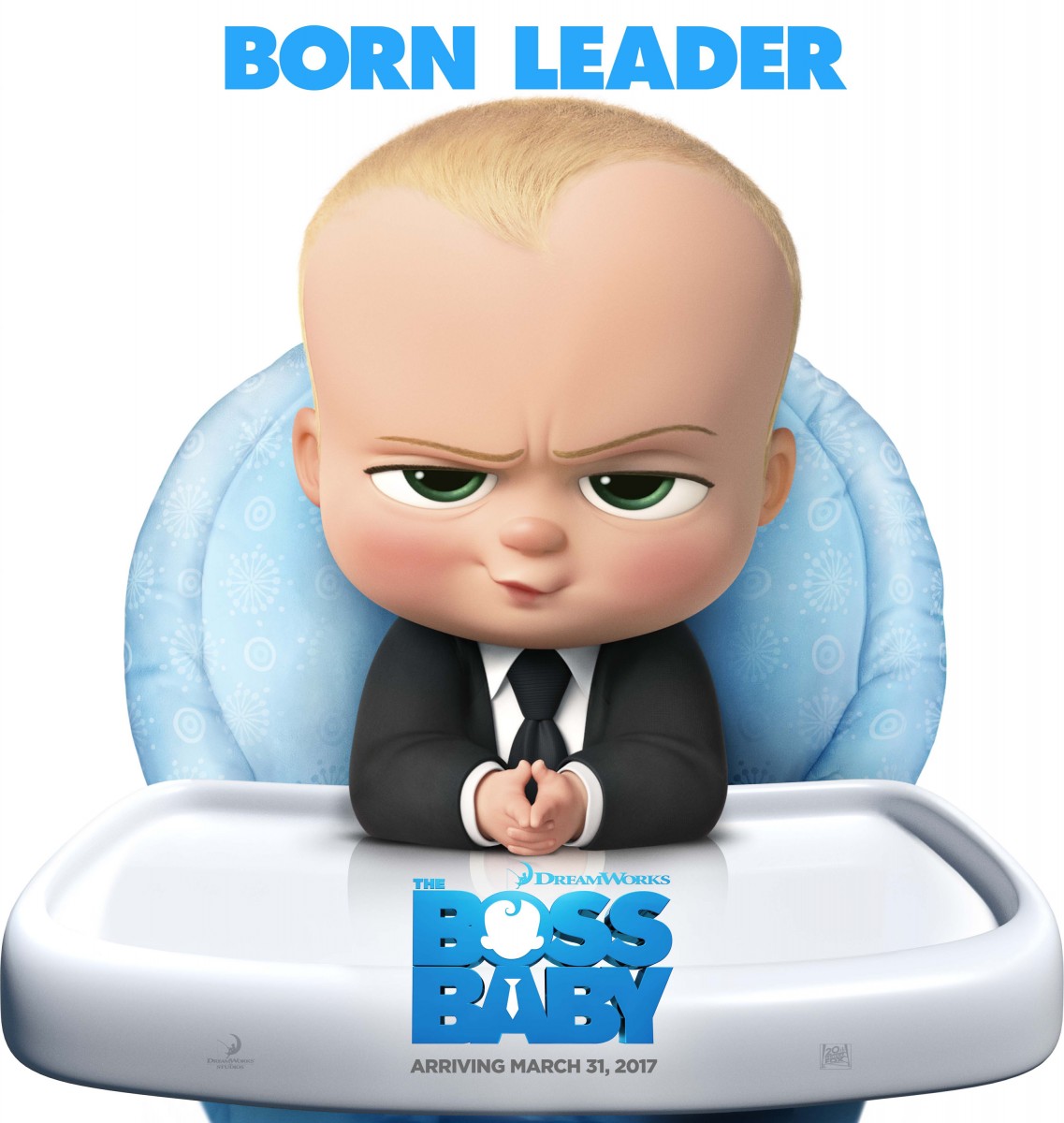 The Boss Baby, from Dreamworks Animation, will hit theaters on March 31st with a very funny story about the ‘real’ boss of the family. The Boss Baby is told to us by a somewhat unreliable narrator, 7 year old Tim, whose imagination could put any storyteller’s to shame. Tim’s life is turned upside-down with the arrival of his new little brother, The Boss Baby. This is a Central Intelligence kind of takeover and Tim didn’t see it coming. A lot of fun, laugh out loud moments fill this story.

The artistic style of this film is something, we, as parents, can fully appreciate. There is a definite homage to the classic 2D style of animation in this feature. With the comedic style of the story and cleaver artistic touch, it almost feels to come from the era of my personal favorites, when the likes of Loony Toons shone bright on my childhood screen. Modern technology touches it and bam…DreamWorks brilliance.

We really loved this movie.

Without revealing too much detail about the secret mission and a battle between puppies and babies, I will say our children (and us too, who am I kidding) will walk away from the theater gathering our thoughts on what is really important. This is a message, I believe, our kids can’t get enough of these days. (I sound REALLY old, wow). Ultimately, I believe the brilliant imagination of a 7 year old boy tells us how he remembers a new baby came into the home…and how said imagination got him through.

The Boss Baby features the voices of Alec Baldwin as Boss Baby, Steve Buscemi as the villainous Francis E. Francis, Jimmy Kimmel and Lisa Kudrow as Tim and Boss Baby’s unsuspecting parents, Miles Bakshi as Tim, and Tobey Maguire as the film’s narrator. 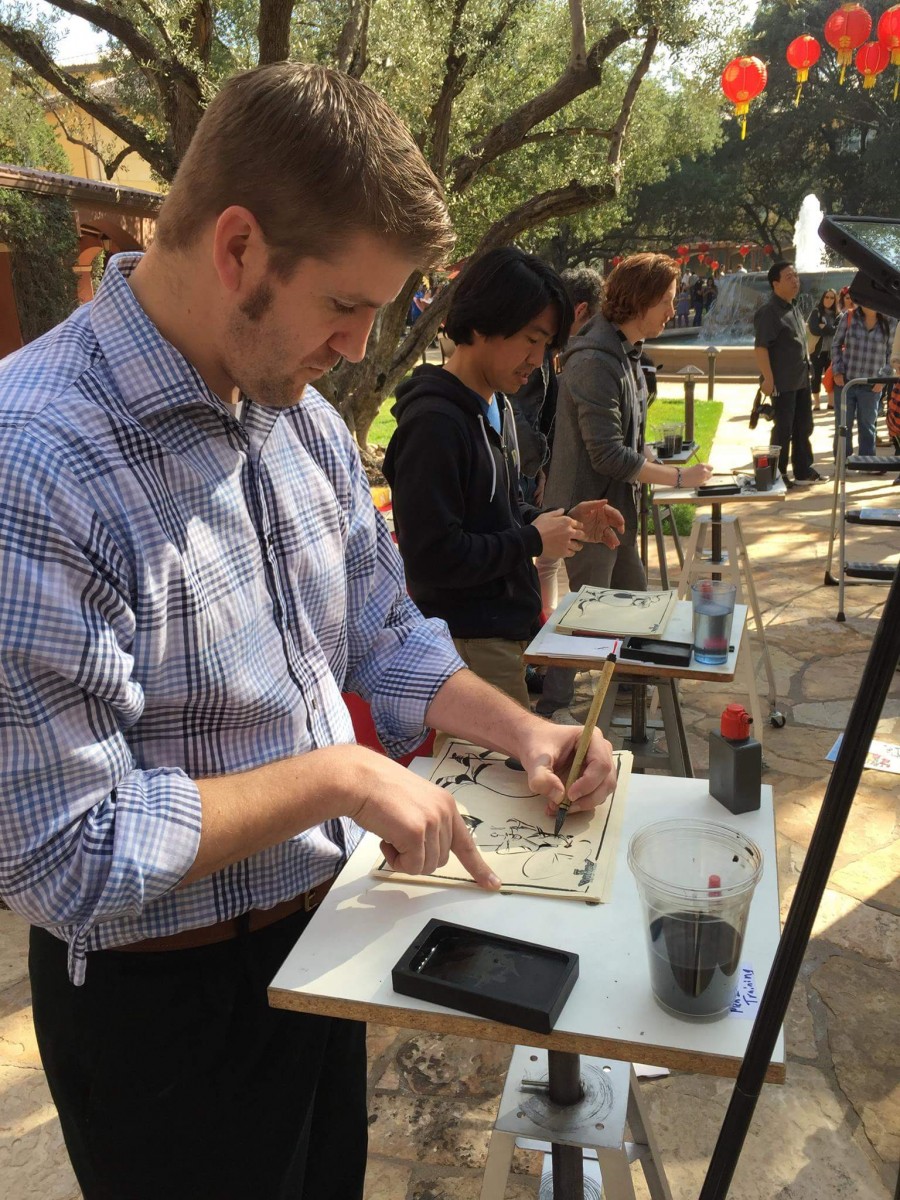 And here is where I want to take a moment and give a huge shout out to my neighbor (and Burbank Dad) and VERY talented friend, Glenn Harmon. When I say talented, I feel words fail here. Glenn works at Dreamworks and is one of the most kind people I’ve ever met. Glenn spent a lot of the last three years working on The Boss Baby and when you see the end credits of this film, know that they are his! (you can also hear his voice in a scene in the airport…if you know him, listen!)

Be sure to get your tickets when this movie opens in theaters nationwide on March 31st! And right now at Subway, you can collect The Boss Baby bag tags with the purchase of a kids’ meal. Collect 6 tags and you can get a FREE child’s ticket from Fandango for the movies!