'Same Kind Of Different As Me,' Based Of Off One Of My Favorite Books, Is Absolutely Amazing | Burbank Mom 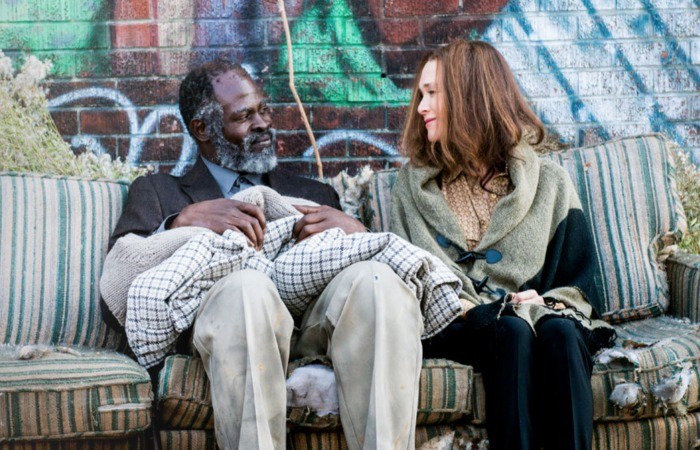 In November, 2009, I sat in my in-law’s basement alone, pregnant with my third baby and less than a year out from losing my mother to breast cancer.

Book in hand, I sobbed as I read it. I was behind closed door and found comfort in a book that allowed me to feel something after months of shutting everything out. This book moved me so much, I couldn’t put it down and as a matter of fact, I read it in less than 2 days. I have vivid memories of opening it, reading it, not being able to see the words through my tears and closing it to let myself cry before moving on.

The book was called “Same Kind of Different As Me.”

I will never forget how that true story made me feel.

A black man, nearly dragged to death as a young boy, clung to life while three white teenagers rode the horses that dragged him. They are laughing as they did it. This same man picked cotton in the fields through the South and lived as a modern day slave in the Twentieth Century, long after the supposed abolishment of such  disgraceful arm of human nature. He watched the only ones who loved him die tragically one way or another, until he was alone at a very young age. This same man lived homeless for many, many years and considered it a step up the ladder from where he had come.

This man grew up in such hardships, hardships that I could never, ever understand. Hardships that I would never even want to acknowledge because of the pain and embarrassment it causes caring humans to even think one moment about. Yet, through these hardships, came a great understanding and appreciation of life that I’m not sure I can being to comprehend. This man praises the work of God in everything.

I just finished a wonderful book that had me in tears, and not just tears, but sobs. It’s a true story of how one really brave, strong woman brought a brilliant friendship to two men. A friendship that changed both of their lives and it was all because of a special woman who, beyond everything, loved Jesus and only feared one thing…missing God’s calling for her life.

This book has deeply affected me. I couldn’t put it down and I finished it in two days, skipping much needed naps to do so. The book is called, “Same Kind of Different As Me.” It was written by the men who lived it, Ron Hall and Denver Moore. Saying that I highly recommend this book is like me saying, “Don’t ever see anything that Rene Zellweger is in.” I think most of you know how I feel about Rene…so I really, really recommend this book.

These pages were very painful for me, hence the sobs and bursting into prayer in-between chapters. (Yes, I did) The woman, Deborah, who brought friendship to these men in the story develops terminal cancer. I don’t mind telling you this, because this is information you can find anywhere. Reading what she went through, was liking reading the inside of my memories from January, when I lost my mother to breast cancer. The dying process is not really pleasant. Lucky are those who pass away while sleeping peacefully, as well as lucky are their loved ones in regards of not having to watch someone you love disappear into a coma and slip away.

I was completely fine until several chapters in, Denver Moore wrote something that snuck up on me and tore my heart in two. He said, “When you is precious to God, you become important to Satan. Watch your back, Mr. Ron, somethin’ bad gettin’ ready to happen to Miss Debbie. The thief comes in the night.”

Those words hit me like a ton of bricks. I immediately closed the book and began to cry. I knew reading the rest of this story was going to hurt, and it did. But I read it anyway. He also reminded his friend that when God was finished creating the Heavens and the Earth, He said “It is good.” So, God did not create cancer, because cancer is not good.

The INSANELY ironic part about this is that RENE ZELWEGGER…no joke… is playing the lead character! OH MY GOSH!! How funny is that. Putting my foot in my mouth, that’s what I do.
Rene, I’m very excited to see you in this movie, just FYI. 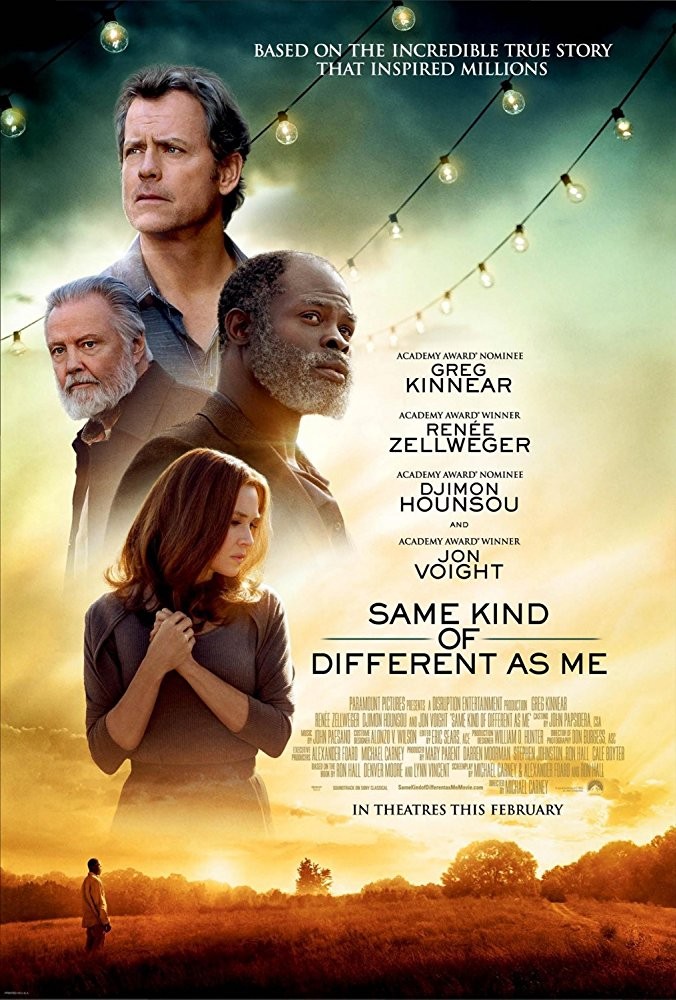 I’m excited to see this story on screen. I’ve come a long way in my healing of loss and wonder how I’ll see the story differently so many years later.

Same Kind of Different As Me is in Theaters, Friday, October 20th!

For more information and to get tickets, please visit: