Photo Credit www.sanderswingo.com
I have the smartest daughters in the world.

And most importantly, lest you accuse me of nepotism, I know this not because I am their father and adore them with the searing intensity of a million suns.

I know this because they told me so.

My daughters, and perhaps your children, know everything. They tell me so a hundred times each day. The subject doesn’t matter. They know.

If the first response out of their mouths to everything I ask or say is true, apparently there is nothing my 8- and 10-year-old daughters don’t already know. I’ve often wondered if my offspring were somehow gifted not only with unlimited intelligence, but also psychic skills rivaling those of Nostradamus.

Me: Keep your fingers out of the way when closing your pocket knife, and you won’t get cut like that. Even the best pocket knife is dangerous to handle like that.
Thing 1: I know.
Me: It’s going to be cold today. You may want to take a sweater to school.
Thing 2: I know.
Me: Eric Stoltz was originally cast to play Marty McFly in “Back to the Future,” but was replaced by Michael J. Fox after four weeks of shooting because….
Them: We know, Dad!

Even when I find myself in the position of having to correct them — were it possible to correct the smartest children on the planet — they still know the right answer.

Me: It is never OK to head-butt your sister.
Thing 1: I know.
Me: On question seven of your math homework, the correct answer is the difference between 325 and 147. Not the sum.
Thing 2: I know.
Me: …and that’s why you can’t swing from the ceiling fan!
Them: We know!

Why do they do this? Why do children insist they know when the evidence usually says otherwise?

Is it an attempt to capture just that much more independence? To establish a clearer boundary between parent and growing child?

Is it a fear of admitting that they don’t have everything in their embryonic world in perfect control?

Or are they simply trying to drive us insane?

They know they have to do their homework, yet they don’t know how to do it until I tell them how. At which point they tell me they already knew that (“I’m not stupid, Dad!”).

They know how to open doors and drawers, but they don’t know how to shut them until I tell them to do so. At which point they tell me they were just about do that (“Gawd, Dad, you are so impatient!”).

They know they have to wash their hair but they never do it unless I tell them to (“But I washed my hair last night!”).

They know they need to clear their plates off the table, yet they don’t know how to actually get the dishes near the sink, settling for any open surface nearest the kitchen doorway (“I’m leaving it there in case I get hungry later.”).

But, as smart and clairvoyant as they are, there are a few things they don’t know. 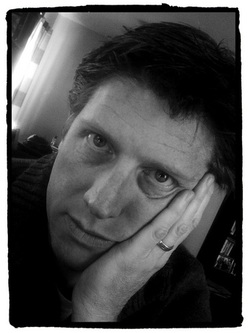 When I tell them it’s not a bad thing to be different and unique and yourself in a world that often seems to hate such things, they say “I know.” But they don’t.

When I tell them that something they don’t like is for their own good, they say, “I know.” But they don’t.

When I tell them not to listen to people who would lead them to do something they know in their hearts they should not, they say, “I know.” But they don’t.

And how do I know these things? Because I was young and omnipotent once too. And now that I am a parent, I realize just how little I know, save this: that they will never know how much we love them.

Patrick Caneday is a parent contributor to BurbankMom.
He writes the local favorite column in The Burbank Leader, Small Wonders.
For more on Patrick, click HERE…..