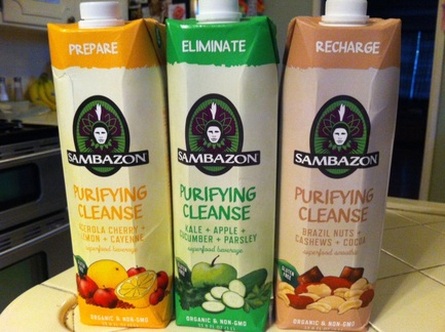 The Price Is Right At Costco

This week, I tried committing to the Sambazon Cleanse again…for a few reasons.

A. Because I failed the first time and ended up quitting on the third day, and I have guilt over quitting anything.

B. Because I truthfully need some sort of intervention in the pattern of eating I’m currently in. And by intervention, I mean it wouldn’t surprise me if A&E came knocking.

C. It’s quite affordable at Costco, with a $15 price tag, so I was willing to try again.

Yesterday was Day 1 of the three day cleanse, and again, I’m just not sure I am right for this product. This day one was much better than the first one since I was more committed this time. For breakfast I had their suggested Cherry, Lemon and Cayenne drink, which, by the way, is delicious. I have no problem with that.

What I do have a problem with, is the no coffee thing. That didn’t happen, just so you know. I am already not following rules. I seriously don’t know how a mother of a 7, 5 and 3 year old gets by in the morning without the coffee…my Mormon friends have a leg up on me here. You know who you are.

My husband and I went to the gym, had a 45 minute workout and then had to do some shopping.

I did fine, until I was actually walking up and down the aisles at Costco yesterday while starving. Ok, not starving, because I genuinely don’t know what that feels like…I was hungry. When we got home, I looked in the booklet that came with the cleanse and went to their website to see what food is allowed in lieu of what is suggested in the book…and so I made a lunch of quinoa and artichokes. It was delicious.

I had the second drink for day 1, which is the green one, Kale, Apple, Cucumber & Parsley. Not bad, again, no problems here. 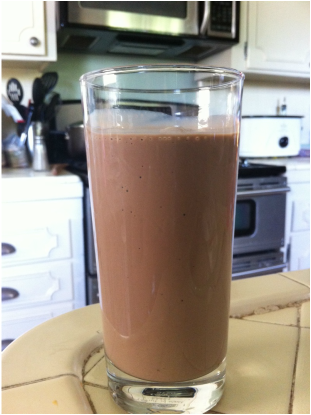 My least favorite…even though it looks so pretty.

The rest of the day went well until I had to drink the third drink. I just cannot tolerate this drink. I’m very sorry Sambazon, it’s not you, it’s me. I have a feeling most people would love this one, but I cant seem to enjoy it. I think it’s a texture thing..it’s very creamy and the taste does not mesh with my buds. I couldn’t finish it.

Then The Cheesecake Factory happened.

I was on a Girls Date with my 7 and 3 year old to The American Girl Doll Store at The Grove. My 7 year old worked hard to improve her math grade this year and her reward was always going to be this outing. We spent a lot of time looking in that store, and with the money my daughter was allotted, she had a hard time making a decision between a few things she really liked.

I digress….we were all hungry and so we ate before making a purchase.
I had half of a salad…with chicken.

You’re also supposed to avoid animal products. Fail.
Then I had cheesecake. Fail. I could actually hear the buzzer going off in my head as I took each bite.

Maybe my commitment is not quite there yet.

Back to the drawing board. Day 2, here we go.