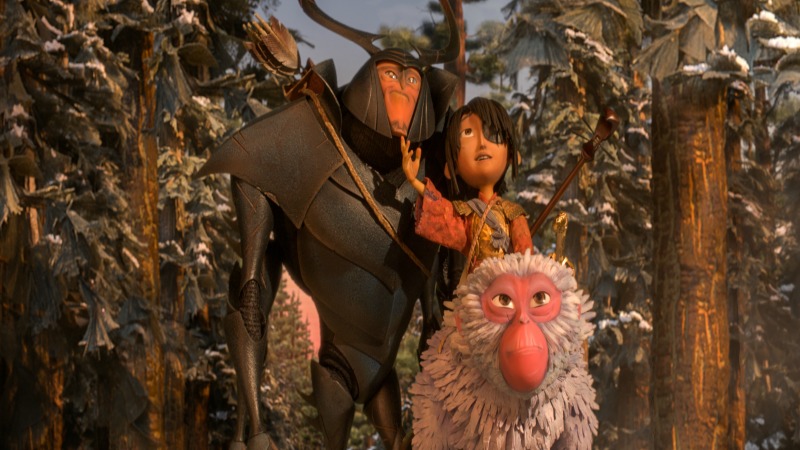 Beetle, Kubo, and Monkey emerge from the Forest and take in the beauty of the landscape in animation studio LAIKA’s epic action-adventure KUBO AND THE TWO STRINGS, a Focus Features release.Credit: Laika Studios/Focus Features 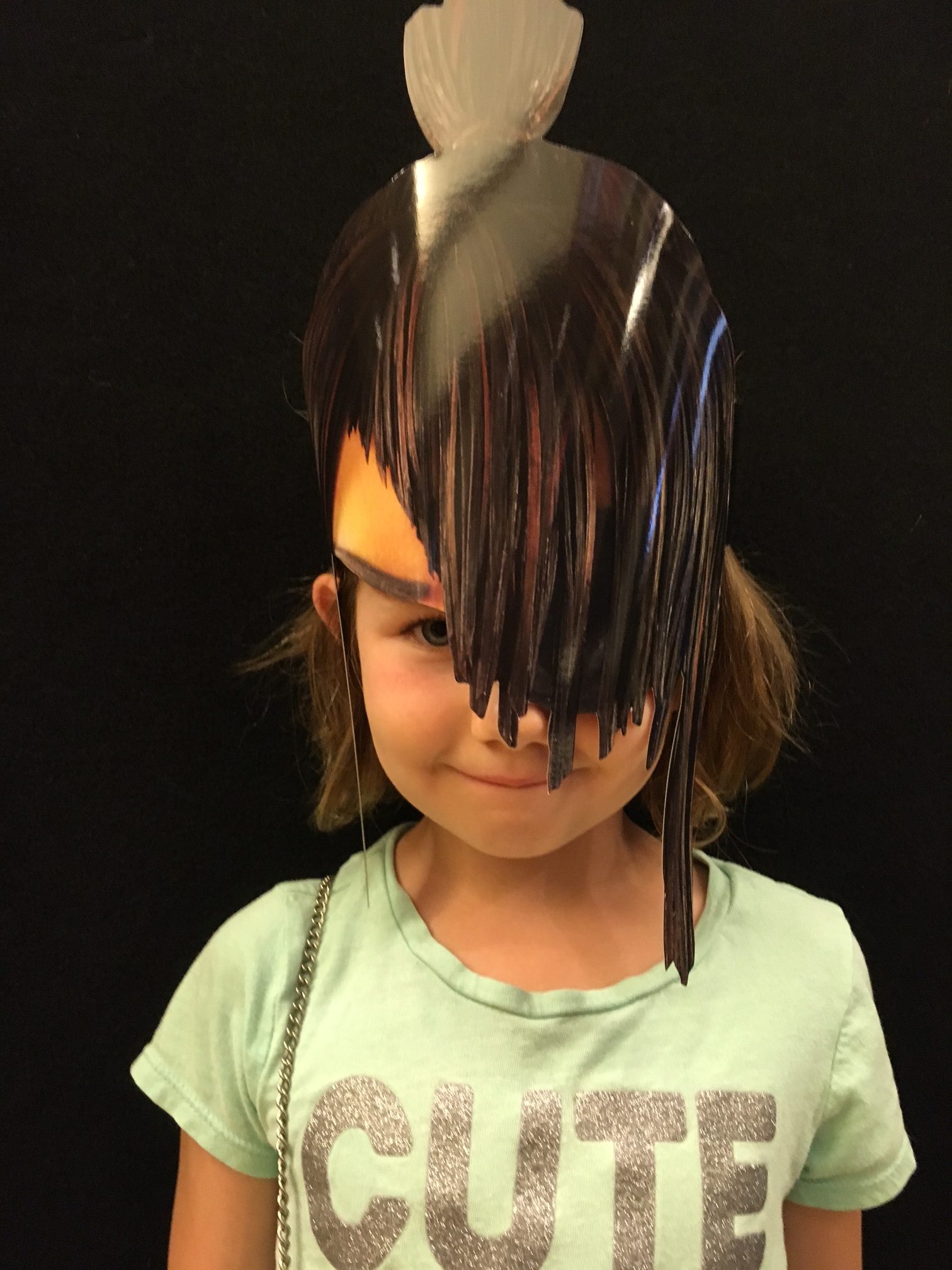 My daughter as Kubo

I’m just going to leave those words right there for a minute.

I walked in to the AMC 15 Dolby Digital theatre in Century City on Monday night with my kids to see an advanced screening of Kubo And The Two Strings. I knew absolutely nothing about this film before walking in, and I’m so glad that was the case. What an amazing surprise of cinema it was.

Normally, I’m stalking actors, directors, plot lines, parent reviews and Kevin Bacon type degrees of separation between this film and that. Not this time. This time, I wish I could say I purposely stayed away from any information on this movie. The truth is, I’m a busy mom who just returned from a 7 week road trip with my kids. I probably forgot to brush my teeth before I left the house. As a matter of fact, I actually left the house without my wallet, and didn’t realize it until after I parked in the garage 30 miles from home. But, that’s another story.

Let’s just say I had no idea who even starred in this animated film. It didn’t matter.

This beautiful film is a creation of stop animation. I think, with no lie, this is the most flawless, beautiful feature I’ve seen done in this medium. I truly couldn’t take my eyes off of the frame to frame movement. My mind kept thinking… “Who’s got the time to do this?!”

Kubo (Art Parkinson) is a young Japanese boy who sets out on an adventure to unlock the secret of his legacy, reunite his family, and fulfill his heroic destiny. But he is clueless to this at the beginning of the story. He’s a magical storyteller and uses origami to bring his own stories to life.

Kubo accidentally summons a spirit from his past which storms down from the heavens to enforce an age-old vendetta. He then has to battle gods and monsters including an evil moon king (Ralph Fiennes and the evil twin Sisters (Rooney Mara) 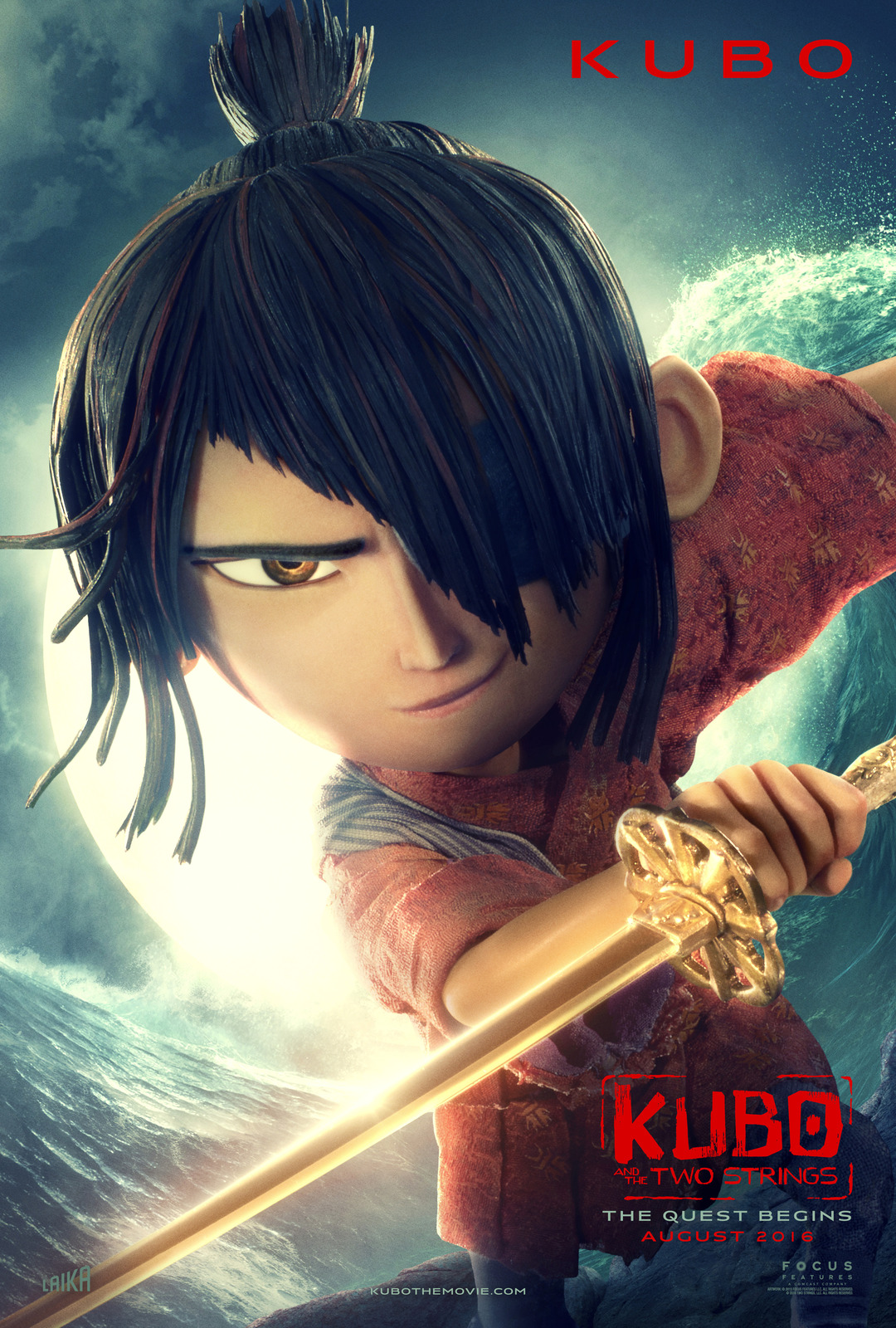 Here is the warning I must give parents. This film can be quite scary. And I’ll admit, it was just the right amount of suspense for me. The characters, voiced by the amazing Rooney Mara, called The Sisters, have a very intense, intriguing, dark presence.  If you have little ones, or even older ones who don’t do well with scary moments in movies…you may want consider whether to show this to them, at least in a big movie theater. You know your kids. My 6 year old sat on my lap for 90% of the movie. She loved this movie, don’t get me wrong, but she covered her eyes for a lot of it.

As much as this has scary moments, it has even more laugh-out-loud comedy. That same 6 year old of mine had the loudest laugh in the theater. I was crying laughing at how much she was laughing. And I was laughing, because it was clever film. This was really, truly, a funny movie! The characters of Monkey (Charlize Theron) and Beetle (Matthew McConaughey) were so entertaining and sweet.

This is where I’m going to use the word, sophisticated. I felt that this animated feature, geared toward children, really has given respect to kids who want something adult like with absolutely no language, sexual content or disrespectful teens.

Oh, I adore this film. It was absolutely stunning. The score, the direction, the writing and voice acting. The stop animation! I’m a huge fan. My kids already asked if we could go see it again when it comes out. (Yes, even the scared 6 year old)

I highly recommend this movie, with the caution of knowing what your children can handle with suspense. You’ll laugh, you’ll cry, you won’t be able to walk away without being completely moved by every element on the screen.