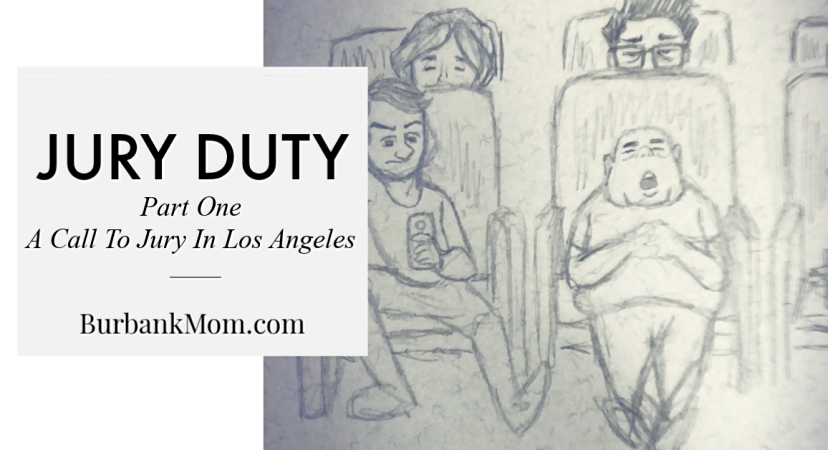 A jury duty summons probably evokes one of two kinds of feelings for those who receive them. A dreadful despair of punishment similar to that of an early death sentence or the excitement and joy that comes with Christmas morning.

I fall into the latter group.

When I first came to Los Angeles as a young adult, nearly 16 years ago, my husband was getting a summons somewhat frequently and I was sad about it. I remember wondering why I wasn’t getting them at all. He’s not a Christmas morning kinda person like me. and it made me mad that he wasn’t excited. What a waste of a jury summons, I would tell him.

And then, when that first glorious summons did come addressed to me, I had already left my corporate job to stay home to keep little people alive and nurtured. Jury duty was impossible. I requested excuse after excuse for years…and got them. I was either pregnant, nursing, had little ones at home while other kids were in school or homeschooling. I had a legit excuse for the form and I couldn’t possibly see how I’d make it work. So, for 13 years, I was able to push it off.

But this year was my year! When that summons came in the mail, I was beyond excited that I was finally able to serve. Willingness wasn’t an issue. My kids were all in school and I was working from home, I had no excuse now. But, alas, the first date they gave me was over the time my husband and I had already booked a trip to Hawaii for my birthday. So, I pushed it back. The second date they gave me was when the kids and I were to be gone over the summer and so I let the third date stick.

On the eve of that first Monday morning, I phoned the system to see if I needed to report. The answer was yes and the city of Los Angeles had just handed me an early Christmas gift. My holiday had begun! 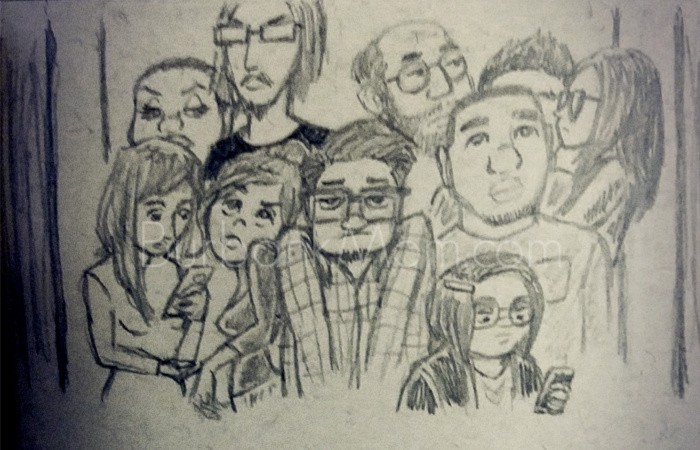 My husband warned me that it would probably be likely I’d be spending all day in a jury room waiting for my name to be called, only to have to report the next day to do the same thing. So, I planned accordingly. I packed my work bag, with my computer and planners and a lot of things to keep me busy. I made a lunch, packed snacks and headed to Downtown LA where we were to park in the structure at the Walt Disney Concert Hall and walk the distance to the courthouse.

At this time, I didn’t know there was more than one courthouse in LA. I was summoned to the Clara Shortridge Foltz Criminal Justice Center on that glorious Monday morning. It wasn’t until later that I realized where I was summoned. This is the courthouse were OJ Simpson’s trial was. And Phil Spector. And Dr. Conrad Murray, the man convicted of involuntary manslaughter in the death of Michael Jackson.

All of my crazy Forensic Files-Law & Order-Making A Murderer-Monk dreams were coming true.

I signed in, got my juror badge and found a seat in the extremely crowded room that held hundreds of us. I was certain, however, that none of them were as excited to be there as I was.

Every once and a while, I do, in fact, wonder what’s wrong with me. I’m completely self-aware.

I couldn’t help but notice that a jury assembly room is the prime place to people watch. Most people are not even looking up, with technology sucking their attention to a small screen. I watched as people dozed off, made conversations with strangers and fidgeted with either nervousness or Christmas morning energy. They were probably just nervous.

And then there was the man eating the chips. He was standing on the opposite side of the room from me and I couldn’t have heard him eating his bag of Lay’s any louder if he had been sitting directly in front of a megaphone on the loudest setting. How his mouth amplified the sound of that crunch, is beyond me, and at no point did I find this entertaining. Hearing people eat food is tantamount to being forced to watch golf on television. I can’t tolerate either of these things very long.

Luckily, crunch man had his name called in the first round of jurors pulled from the room. I was in the second group. My husband was totally lying to me. I wasn’t there an hour and I already had to pack up my belongings and head to a very high floor in the building. From my best guess, there were about 50 of us in that group. We were placed in order of numbers that were given to us at check-in and eventually we were walked in to a courtroom.

My moment had come.

And that moment smelled like 1957. No, seriously, if 1957 had a smell, it would be the courtroom that we had just entered. It was almost like stepping back in time and I fully expected to hear the clinking of ice in a rocks glass and to see someone smoking. The smell, the vintage benches and jury chairs that creaked when you sat in them, the wood paneling, the overhead lights…

…it was all just like Christmas morning. My present was being unwrapped one side at a time.

The moment I sat down in the audience benches, I realized there were already jurors sitting in the jury box. The seats weren’t all filled, but there were clearly people who had gone before us.

At that time, I didn’t know they had been there three days already and our group was the last one they were hoping to question to fill the last three spots.

That’s right…three spots left. One in the box and two alternates.

There were 50 of us that just walked in and I was sitting in the number 16 spot of potential jurors. The minute I sat down and took inventory of that courtroom, I was certain I was going to be there.

I could have put money on it. As a matter of fact, we had to take a 15 minute recess before I was questioned. I turned my phone on, called my husband and told him that I was positive I was going to be selected.

Knowing me the way he does, he replied, “And that’s what you really want, now, isn’t it?” 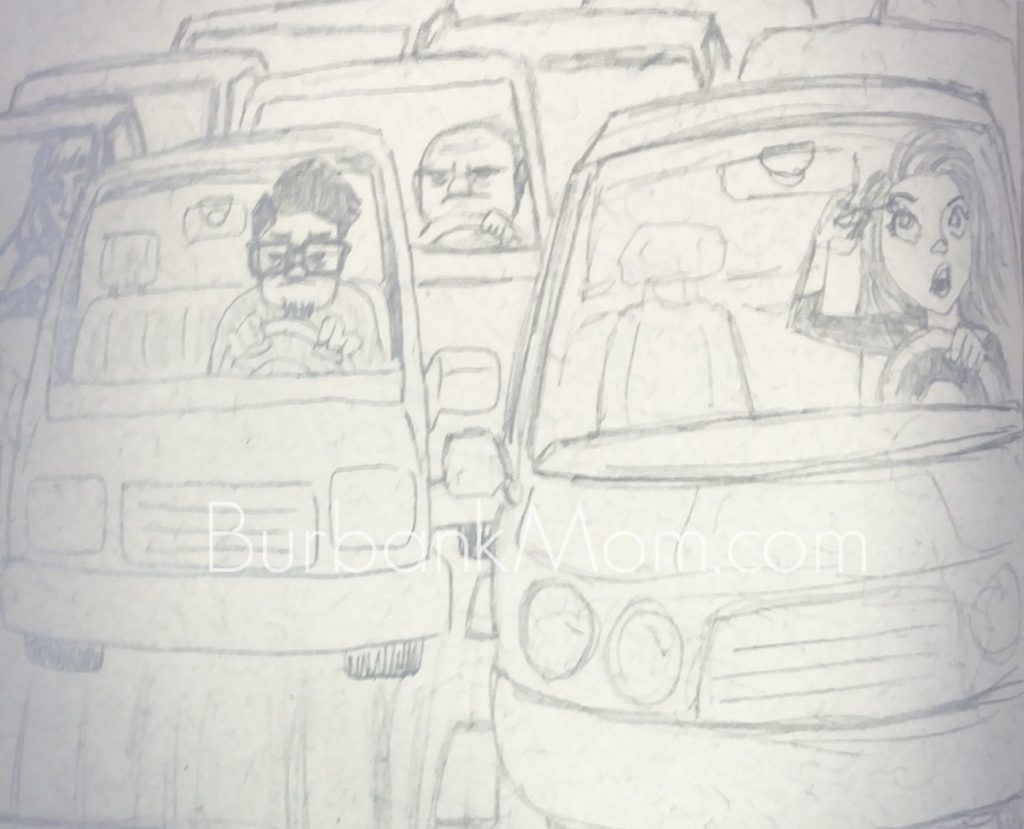 I then proceeded to tell him that it was going to be a 2-3 week trial. That’s when he told me to pull out all the stops. He suggested talking to myself or saying a wacky thing or pretending that I couldn’t read. But he knew me and I knew he was joking. He knew I couldn’t ever lie. He knew I actually wanted be on a jury and he knew I’d like it more than I’d admit to him on the phone.

We were called back in and the jury questioning went on. I was eventually asked about my background, my family, my occupation and a few other things. None of which struck me as odd. But what’s really interesting to see in real life, is the behavior of those who were doing everything in their capacity to get out of that room. It’s quite uncomfortable actually. Part of me just wanted to stick my hand up and volunteer to be a juror, because I knew they were going to select me anyway. And another part of me wanted to tell those others to shut their mouths.

I didn’t need to, however. It took two hours of questioning, a few people ahead of me dismissed and moved around and I was then asked to take the number 12 seat in the juror box. I was definitely smiling, but I couldn’t tell if I was happy or scared.

The next thing I knew, both the prosecuting attorney and the defense team rested. They were ‘satisfied’ and ready to move on.

I audibly laughed. The defense attorneys both looked at me and I thought for a moment, ‘crap, I just ruined it.’

But, that was not the case.

The two gals behind me in line, who had been questioned, were placed in the alternate one and two seats and then we were asked to rise to be sworn in as a jury. Standing to my feet at that moment felt like all of those daydreams I have had about accepting an Academy Award. I had no acceptance speech ready, but I could have given one had anyone asked, and it would have been tearful and brilliant. And if there wasn’t a spotlight ready to go, the excitement emoting from my body would have surely sufficed.

I couldn’t believe it. Christmas had, in fact, come early and I couldn’t wait to tell everyone.