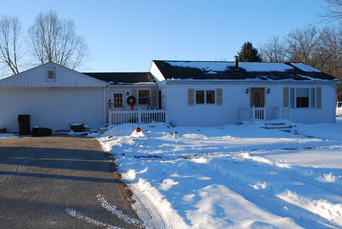 On this morning five years ago, I lost my mother to breast cancer. In reality I lost her a little bit before that because this disease slowly takes them away.

Not always. But it can. Breast cancer doesn’t always win. But it did this time.

This is the home I grew up in. It is also the home my mother grew up in. Her father built it with his own hands.


This was what that morning looked like, the morning she died.

I remember it being so incredibly quiet, my heart and the world. It was all suddenly very quiet. It was January 24th, 2009. It was a dark day…but the sun was still shining. 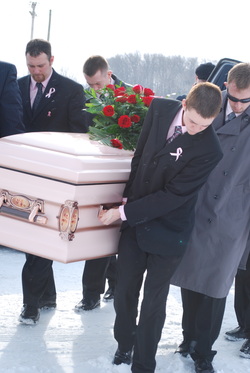 But, in reality. It did.

The day of her funeral was very, very cold. There was so much snow on those Michigan roads, only the family was allowed to drive to the cemetery for this service.

But, the sun was shining.

For two days, it snowed and covered the ground. It was cold and looked to be a miserable day for what we were about to do. But when we arrived at this place she’d requested, we stepped out into the sun. It felt warm. 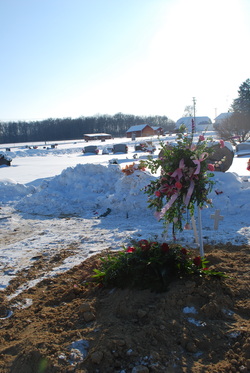 Short of the losing a child of my own, this would have to be one of the toughest days I’ve ever had to face in my life.

Breast cancer was a beast and when it returned after 11 years, it came to steal like a thief in the night. And although it took my mother from us, she’s not really gone.

The sun still shines and covers it all.

You see, this woman was too much. She was too amazing to ever be stolen the way she was.

Because of her, others will live.


Since her death, over $60,000 have been raised in her name. In her memory. In her honor, and it won’t stop there. Thousands of dollars are going to research because of her. Research that is necessary to save lives. 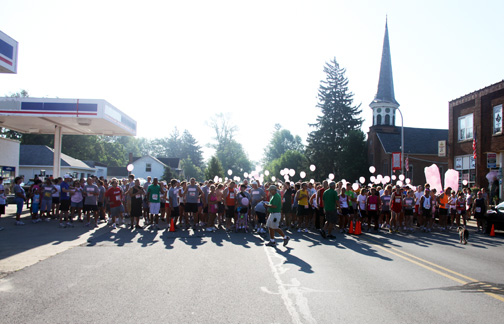 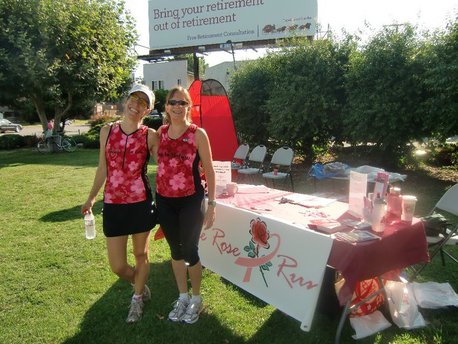 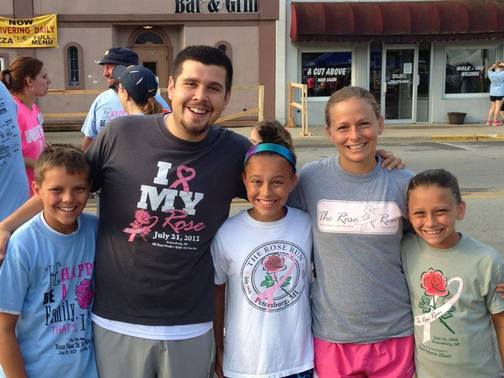 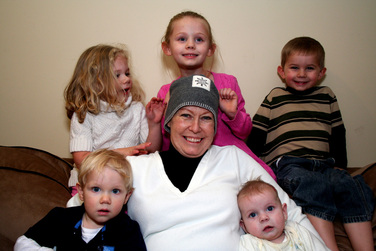 My mother and her grandchildren

She may be gone. We may have bad days, but in the end, her legacy has expanded and her loving hands are extending.

Because of her, the sun still shines. 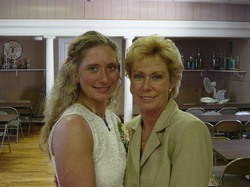 To find out more about this charity race, The Rose Run, visit TheRoseRun.com. Even here in Burbank, you can participate with Moms In Motion LA.

You see, just because she’s gone doesn’t actually mean that breast cancer has won. I’ve come to learn this.

The reality of breast cancer for us, is that she’s the reason others are getting help.

She is still shining.