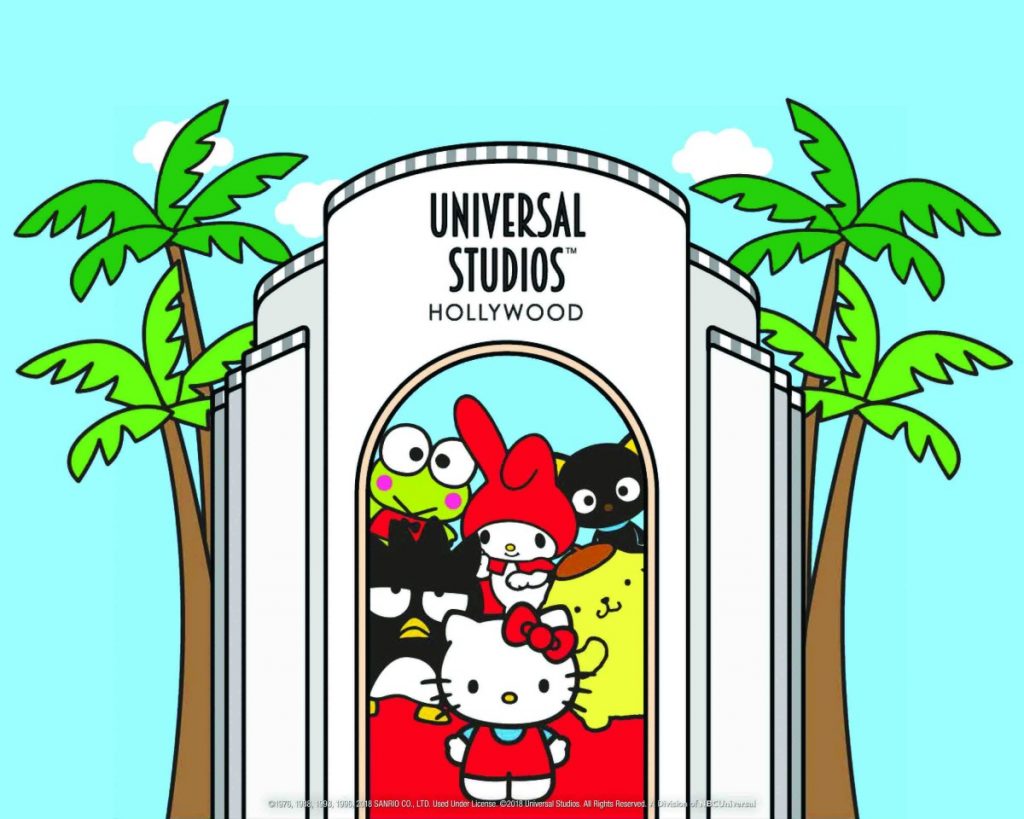 In true Hollywood fashion, the spotlight shines brightly on Hello Kitty and her friends from Sanrio, including My Melody, Keroppi and Chococat, as they star in a selection of park-exclusive merchandise, including accessories, apparel, stationery, souvenirs and collectibles.

An array of delectable confectionery—prepared fresh daily—is also available, including such tasty treats as Hello Kitty, Chococat and Keroppi themed s’mores, and a variety of Hello Kitty themed fudge, cupcakes and caramel apples.

Highlights of the exclusive product offerings feature designs incorporating Sanrio characters into classic Universal titles such as Jaws, E.T. The Extra -Terrestrial, Back to the Future and more, as well as the group enjoying a variety of Universal Studios Hollywood theme park attractions, from the world-famous Studio Tour to “Jurassic Park—The Ride” and “King Kong 360 3D.”  New park-exclusive merchandise will be released regularly.

Hello Kitty will also make special appearances just outside the entrance of the Animation Studio Store.  Making her Hollywood debut in a red pleated dress embellished with film strips, Hello Kitty will meet and greet fans near a collection of Sanrio-themed topiaries, including My Melody, Keroppi and Chococat, and window displays featuring the characters making movies and enjoying the Universal Studios Hollywood experience.

In addition to Hello Kitty, the Animation Studio Store will feature an array of merchandise from Illumination Entertainment films, including Minions from the blockbuster Despicable Me film franchise, and DreamWorks Animation, including memorable items from Kung Fu Panda. A selection of products from other favorite animations will also be available, including Dr. Seuss, Scooby-Doo, Curious George, SpongeBob SquarePants and “The Simpsons.”