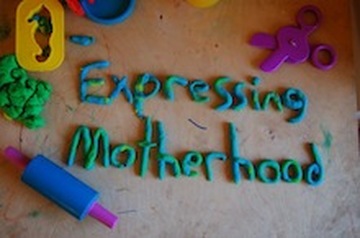 It’s my show and I’ll do what I want to!

And I want to giveaway 2 tickets to see our first show of 2014 in Hollywood, CA.


I’ve share about Expressing Motherhood before, but if you don’t know what this is, this is some really great live theatre, and I’m not just saying that.

In 2007, my producing partner and I had left our Entertainment jobs to say home with our kids. At that point, she had a new baby and I had two. She called me on the phone one day and said, “We’ve got to do something.” I felt she was right, after all, we had both come to Los Angeles to pursue the creative sides we shared. I felt it to.
We had no idea what that meant, but eventually we came to theatre.

Theatre?! We just went for it. We decided to do a casting call to see if women would be willing to get onstage and share their experiences with motherhood. They are willing, it turns out…and some men are willing too!

In our first show in Venice, CA in 2008, we had an audience of 13. By the next show, we were sold out.
We realized that what we were doing was necessary, for more purposes than creativity. 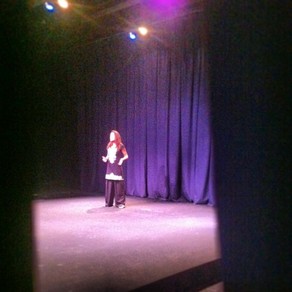 Me taking a peek from backstage at our Chicago Show

In every show we cast a new group…they’re mostly women, but we do get the occasional man, we even had an male Obstetrician a few shows back share on the labor/delivery part of motherhood, from his side.

Some of the topics we’ve had shared on stage include infertility, miscarriage, loss of children, postpartum depression, sexual traumas, driving minivans, sex after baby, divorce, stepchildren, grown children’s addictions, being in labor on the 405, the relationships with our partners, single parenting to body image, cancer, fears and on and on and on….

This is a great show. Period.

I would love for any of you to see it…and especially win 2 tickets to see it in Hollywood in February!

Watch the 2013 highlight of my professional year here…Maria Shriver interviewed us for the Today Show!

Visit NBCNews.com for breaking news, world news, and news about the economy 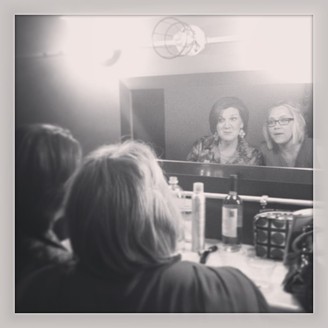 Veteran performers in ExMo rehearsing backstage before they go on.

Enter to win tickets below.

You can enter every day this contest is open, so come back as often as you want to increase your chances!

And just so you know, anyone coming on opening night will receive a goody bag from Club MomMe and a free glass of wine! On Sunday, February 9th at the 2pm show, all patrons will get a great coupon to use at Wax Poetic in Burbank…If you come on our Valentine’s Day show, you’ll receive a free entry into winning a one night stay at The Tangerine Hotel in Burbank…this is our Romantic Getaway Giveaway!

Winner of these tickets will be announced Tuesday, January 21st. These tickets are good for any night, including opening night which is a special Club MomMe sponsored show! For more details you can visit ExpressingMotherhood.com.

Good luck! (Here’s a video featuring most of our Burbank cast!)