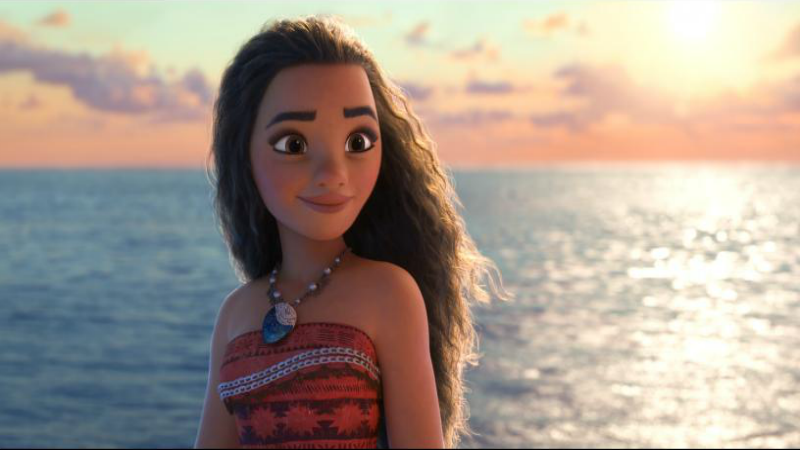 Moana is now in theaters!

This film, like some of my very favorite Disney features, doesn’t disappoint and the message of following your heart is just beautiful. You’ll find no spoilers here, but Moana is a movie your entire family will enjoy.

But, here are some fun facts before you head off the theater!

DRESSED UP: Moana dons seven outfits in the movie, including the red tapa garment the character wears as a toddler when she first encounters the ocean character.

• Technology had to be refined to allow for a wet look for Moana’s curly do, since she spends some time underwater. Artists invited volunteers with similar hairstyles to come into the studio and get dunked so they could perfect the look.

NOD TO PINOCCHIO – Maui’s tattoos features “Mini Maui”—a two-dimensional representation of Maui that serves as the demigod’s conscience, ensuring he does the right thing—even when he’d rather not. Mini Maui, which was animated using traditional hand-drawn techniques by Walt Disney Animation Studios’ accomplished animator Eric Goldberg and his team, was often compared to Jiminy Cricket, the official conscience of the title character in the 1940 feature film “Pinocchio.”

SO LOW – Tamatoa, the 50-foot-crab with trust issues, lives in an exotic bioluminescent world that’s almost as fancy as he is. Lalotai, the realm of monsters, is a place of fantasy located beneath the ocean’s floor. In fact, it was named in honor of its unusual location. Lalo means “below” and tai means “the sea” in Proto Polynesian.

SPLISH SPLASH – The ocean is more than a setting in “Moana”—it’s a character. Tasked with creating a rig that would allow animators to pose the ocean and create performances that would showcase the emotion and spirit of the character, the rigging team built a rig with a curved wave-like shape that could be varied depending on the need of the story.

• The rig allowed layout to pose the character and animation to create a performance. • The effects team added water effects—flowing water, splashes and drips—to

enhance the look.
• The creative process included an in-depth look at what was developed for

DUMB IDEA – In earlier versions of the film, Heihei used to be smart and sassy, but filmmakers felt that character was not unique. Several campaigned to remove the rooster from the film altogether, but a small group of story team members spent a couple days brainstorming ways to keep the character. Their solution? Lower his IQ. Their pitch earned so many laughs that Heihei was ultimately a keeper.

• Filmmakers had to create a feather pipeline to deal with the feathers for not only Heihei, but for Maui hawk—the shape-shifted character Maui transforms into with the help of his magical fishhook. Feathers prove challenging in CG animation because of the need to rest on top of each other.