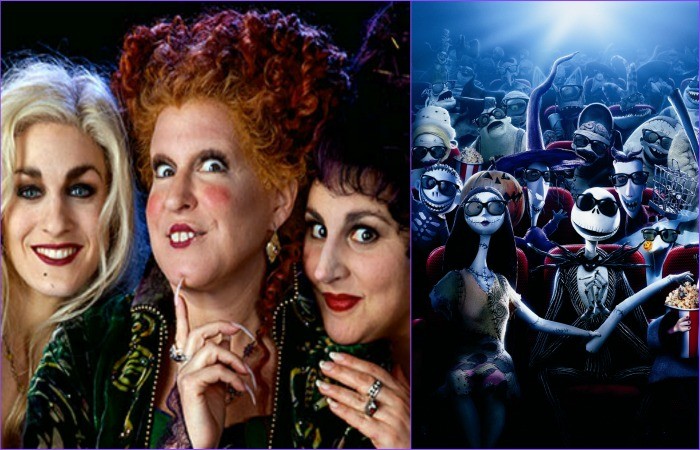 The legendary El Capitan Theatre becomes your destination this October for two Halloween season traditions: Disney’s beloved “Hocus Pocus” October 6-15, followed by the 24th annual presentation of Tim Burton’s “The Nightmare Before Christmas” October 20-31, in 3D with spine-tingling interactive 4D sensory effects, including wind, snow, fog and much more.  In addition, props and photo opportunities from these two classic Halloween movies will be on display before and after every screening. El Capitan Theatre Guests can continue their Halloween adventure by adding a Spooktacular BACKSTAGE Tour to their movie ticket reservation.  Guests will be guided through areas of the theatre rarely open to the public — history will be shared about the Ghouls and Haunts of this historic venue, including the origins of The Mighty Wurlitzer Organ.  Ghosts and Goblins of all ages are encouraged to attend in costume. Advance reservations are required as there is limited space per tour. “We can’t think of a better way to celebrate Halloween than with these two Disney classics and a theatre filled with tricks and treats,” said Ed Collins, General Manager of The El Capitan Theatre.  “It’s also a thrill to present for the second year our Spooktacular Backstage Tour. There’s just no better place than the El Capitan Theatre to get in the Halloween spirit!” Showtimes for both movies are 12:30 p.m., 4:00 p.m., 7:10 p.m. and 10:35 p.m. Tickets are on sale now, and available at The El Capitan Theatre (6838 Hollywood Blvd.), online at www.elcapitantickets.com, or by calling 1-800-DISNEY6 (1-800-347-6396). Special group rates for parties of 20 or more are available by calling 1-818-845-3110. Showtimes are subject to change. The El Capitan Theatre will also host very special Tiny Tot Tuesdays for the first show every Tuesday during the “The Nightmare Before Christmas.”  During these special screenings, parents and small children may enjoy the movie in a tot-friendly way—with lights dimmed rather than out and reduced sound levels. (For “The Nightmare Before Christmas” the movie will be shown in 2D with no effects.)

ABOUT “HOCUS POCUS”You’re in for a devil of a time when three outlandishly wild witches – Bette Midler, Sarah Jessica Parker, and Kathy Najimy return from 17th-century Salem after they’re accidentally conjured up by some unsuspecting pranksters! It’s a night full of zany fun and comic chaos once the tricky 300-year-old trio sets out to cast a spell on the town and reclaim their youth – but first they must get their act together and outwit three kids and a talking cat! 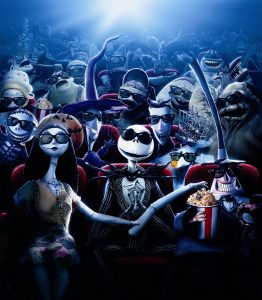 ABOUT “THE NIGHTMARE BEFORE CHRISTMAS”First released in 1993, Tim Burton’s “The Nightmare Before Christmas” was directed by Henry Selick (“James and the Giant Peach”), and based on a story and characters by Tim Burton.  The film follows the earnest-but-misguided adventures of Jack Skellington, Halloween Town’s beloved Pumpkin King, as he attempts to take over the Christmas holiday.  Against the advice of Sally, a lonely rag doll who has feelings for him, Jack enlists three mischievous trick-or-treaters – Lock, Shock, and Barrel – to help him kidnap Santa Claus.  Jack eventually realizes his mistake but has to contend with the evil Oogie Boogie before he can make things right and restore the Christmas holiday.   All driven by an unforgettable Grammy-nominated soundtrack featuring songs by Oscar® nominee Danny Elfman; Tim Burton’s “The Nightmare Before Christmas” at the El Capitan Theatre in 4D promises to be fun for the whole family. The enormously popular stop-motion animated feature, directed by Henry Selick and presented by Walt Disney Pictures, was converted from its original 2D format into a stunning dimensional and enchanting 3D version in 2006 using the latest advancements in 3D technology and animation.  It became the first movie in industry history to be released exclusively in Digital 3D, and it represented the first time in the history of motion pictures that a 3D feature was created from an existing animated classic.  ABOUT THE EL CAPITAN THEATRE Declared a Historic Cultural Monument by the City of Los Angeles and restored to showcase its original lavish architecture, The El Capitan Theatre has been since 1991 an exclusive first run theatre, equipped with state-of-the-art technology, for The Walt Disney Studios. The theatre also hosts live stage shows, world premieres, special events, and screenings of classic Disney films.