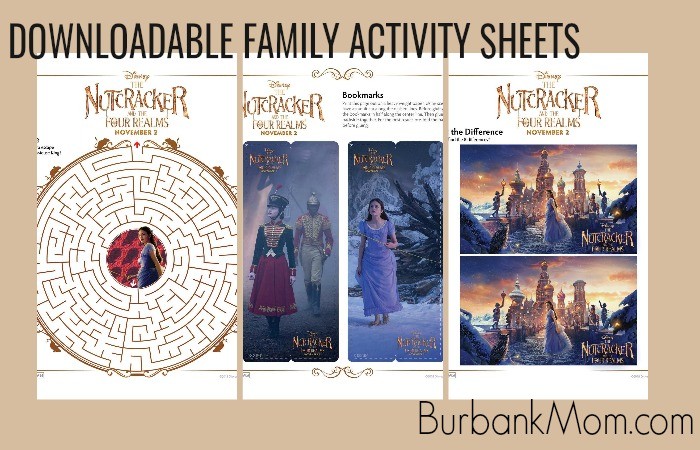 Disney’s, The Nutcracker and the Four Realms is now in theaters! What better way to prepare for the magical, classical fun, than to enjoy these downloadable family activity sheets from the film.  We all know The Nutcracker, with Clara, The Sugar Plum Fairy, Toy Soldiers, The Rat King…but this is not the Nutcracker you know.

“The Nutcracker” has long conjured images of holiday décor, a wooden toy soldier, dancing flowers and a lile girl being terrorized by furry mice. Penned in 1816, E.T.A. Hoffmann’s original story, “The Nutcracker and the Mouse King,” has inspired imaginaons worldwide, resulng in spectacular stage adaptaons that have charmed audiences for generaons—and now an epic big-screen adventure. “The story has changed a lot throughout the course of history,” says Lasse Hallström, one of the directors of “The Nutcracker and the Four Realms,” Disney’s upcoming feature-film adaptaon. “Alexandre Dumas’ version was less scary, and later became a ballet featuring music by Pyotr Ilyich Tchaikovsky. The ballet is unique with each staging, evolving within the minds of those creang it. And we’ve done the same thing. We’re adding to the story.” 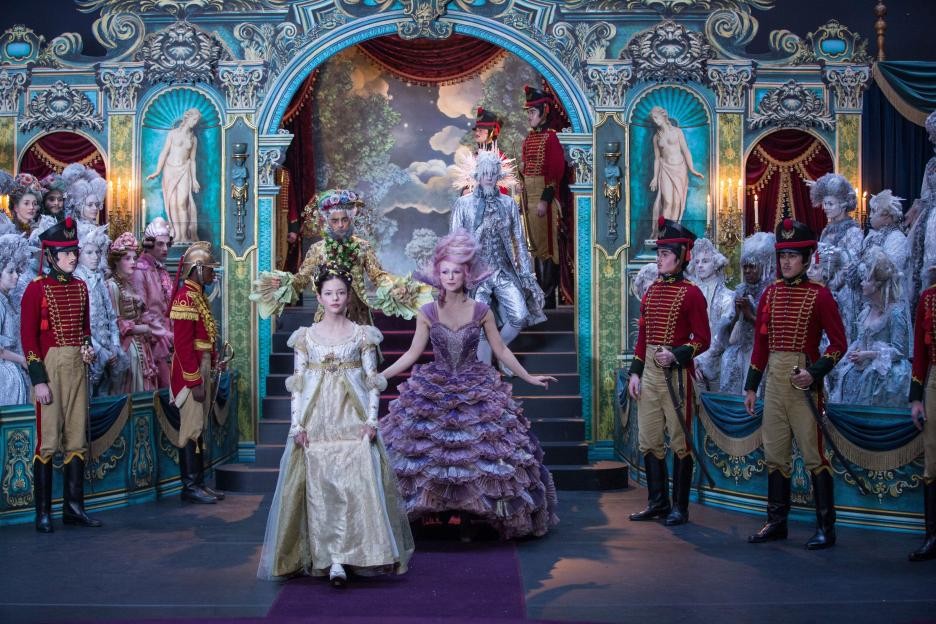 Disney’s “The Nutcracker and the Four Realms” introduces Clara, an intelligent 14-year-old with a penchant for science. According to screenwriter Ashleigh Powell, Clara isn’t really comfortable in her skin. “She’s kind of a fish out of water,” says Powell. “She doesn’t fit into the normal stereotypes of a Victorian girl—she’s not interested in fancy dresses and the like. She’s more of a tomboy. She likes creang and building and figuring out how things work. In that respect, she’s very similar to her godfather, Drosselmeyer, so they’re kindred spirits.”

But Clara struggles with the recent passing of her mother. “It’s the first Christmas that her family is spending without Marie,” says Powell. “And her mother has lebehind Christmas presents for Clara and her siblings, which sets everything into moon.”

Clara receives an egg-shaped music box with a note that reads, “Everything you need is inside.” But the box is locked and, surprisingly, there is no key. Clara is disappointed and confused, but determined to unlock the music box and the secrets it holds. Her confusion persists unl a golden thread, presented to her at Drosselmeyer’s annual holiday party, leads her to the coveted key—which promptly disappears into a strange and mysterious parallel world. It’s there that Clara encounters a soldier named Phillip, a gang of mice and the regents who preside over three realms: Land of Snowflakes, Land of Flowers and Land of Sweets. She is welcomed with open arms by the regents, parcularly Sugar Plum Fairy, who confides that she was once very close with Marie.

But this strange new world is not whole. It is scarred with past conflict—one regent is in exile, her realm forgoen and crawling with mice who serve as her soldiers. Clara and Phillip must brave this ominous Fourth Realm, home to the regent-turned-tyrant Mother Ginger, to retrieve Clara’s key and hopefully return harmony to the unstable world.

This movie is in theaters now! Download these activity sheets for some family fun before seeing the film ( or after!) 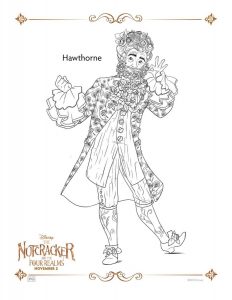 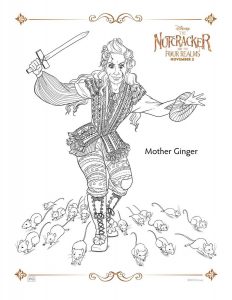 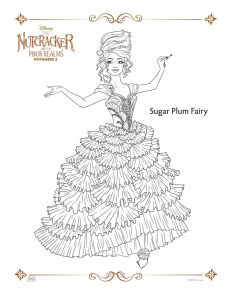 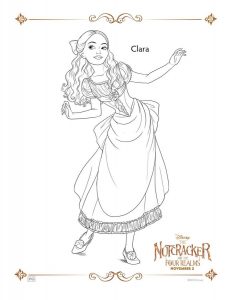 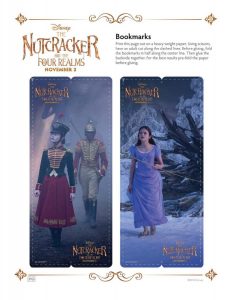 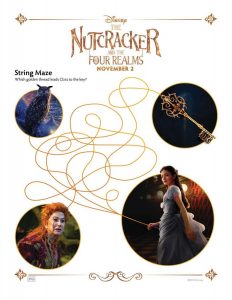 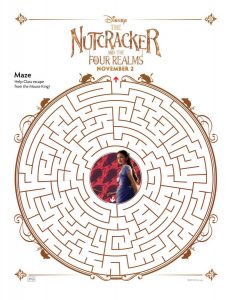 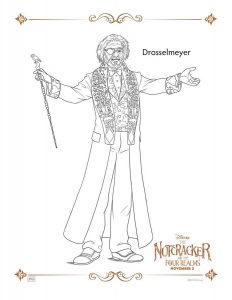 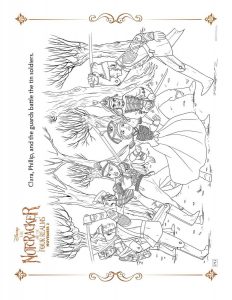 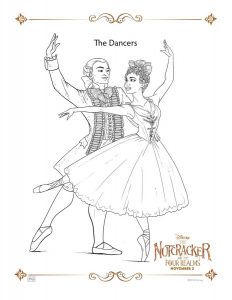 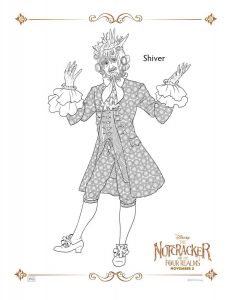 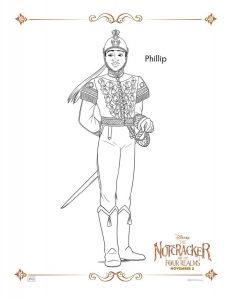 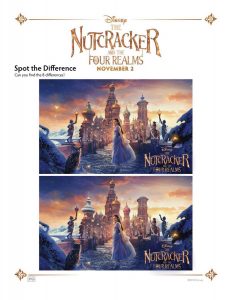 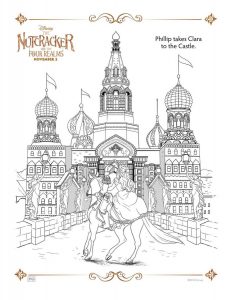 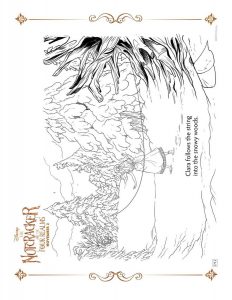 Follow THE NUTCRACKER AND THE FOUR REALMS on Instagram:https://www.instagram.com/disneysnutcracker/

THE NUTCRACKER AND THE FOUR REALMS is now playing in theatres everywhere!