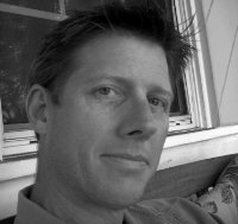 “Daddy, today I am going to try buttons,” my then 6-year-old announced some years ago. She then proceeded to take the rest of the day to do just that and discover that she can indeed button her own pants, shirts and sweaters.
Having children is both the greatest gift and greatest punishment we receive in life. It is the greatest gift because of all the discoveries that are made by and about our children and ourselves. Alas, it is the greatest punishment for the very same reason.
The rewards of parenthood come in those all-too-brief moments between the chaos and disasters when we do ourselves the favor of seeing life through their eyes. And when we do this, over time we see that their worlds expand outward concentrically as they grow. Life to the child is a never ending series of discoveries. Life to the adult is simply the discovery of the never ending.
A newborn’s world is but 6 inches in front of its face and no more. They grasp at strange sounds and blurry objects for the sole purpose of putting things in their mouths. Cheerios, pacifiers, beetles and breasts. A crawler’s world extends out a few feet from the place they have been positioned; anything within this radius is fair play for slobber and destruction. Walkers explore the room and the world a bit more extensively, but only as far as the invisible apron string from mommy and daddy allows.
For the first few years of their lives, to my two girls the world extended north three houses up the street but not beyond The Big Tree, and south one house but no farther than the invisible line drawn by the neighbor’s hedge. That Big Tree was a gargantuan old Eucalyptus that was eventually cut down by our city. Seriously, this thing was enormous. I heard rumors that The Big Tree once served as a landmark for pilots in the air attempting to land at our local airfield.
In the age of GPS and Google Maps, something about a physical marker seen from thousands of feet in the air makes me feel nostalgic, grounded and safe. I am a little lost without The Big Tree. I don’t blame the city for cutting down The Big Tree though. In the last couple years of its life two branches, each alone bigger than most trees in the city, have come falling down into the street. Each time it felt as if a tremor had struck the neighborhood, and traffic through our street was cut off (which I can’t say I was too upset about). But I am sad to see The Big Tree gone, for my kids’ world now extends to The Big Hole and I hope not too far beyond.
Curiosity is what drives them to stretch out their boundaries further than they have before. Insatiable curiosity. When their mother mutters, “oh shoot,” from the kitchen, both girls immediately and relentless holler, “what, momma, what? What happened? Why did you say ‘oh shoot’ like that? Momma, what? What happened?” Much to their disappointment, it was merely salt that was spilled, not blood.
Kids can get pretty frustrated too when their exploration lets them down. They get angry when their young and clumsy bodies deny them the ability to untie a knot or button their pants or when they get their arm stuck awkwardly in their sleeve, protruding over their head and causing them to wander blindly through the house crying in a panic.
Luckily grown ups don’t act like that when we get frustrated. We just blame others, kick doors, drink ourselves into a stupor or invade sovereign nations.
Let’s be honest. Most of the time parenting is the hard stuff. The brief moments of joy, exhilaration and poignancy are sandwiched uncomfortably between a lot of snot, crying, whining, punching, pinching, screaming and sulking. And fundraisers. But the good stuff, the discoveries, however infrequent, demolish all of the overwhelming bad stuff. Labor can last hours, even days. The actual release of birth takes only a few moments. But you can’t have the good without the bad, the resurrection without the crucifixion. Most of our lives, however, are spent in the three days in between crucifixion and resurrection.
I remember reading Stuart Little to my girls one chapter each night.  They sat quiet and somewhat still and listened intently. I’d waited for this moment since the day I found out that I would become a father. And I watched as their world expanded further, into the limitlessness of their imaginations. We are all very small mice on very big adventures.
My wife, the busiest mouse in our house, graduated from nursing school a few years ago. And during each day of her education – and ever since – I know that she discovered many new things. I hope she has. A nurse needs to know some pretty important things. But I too made discoveries. I discovered that I married someone truly selfless with a deep compassion and gift for helping others. I discovered a woman capable of far more than she ever knew she could achieve (though I never doubted her for a second). I discovered a new, amazing, fascinating and inspired woman, and each day she teaches me more. I discovered that if you follow your passion, you will be rewarded. It takes time, but it will happen. And every time I put words to paper, I discover it anew.

“As (Stuart) peered ahead into the great land that stretched before him, the way seemed long. But the sky was bright, and he somehow felt he was headed in the right direction.”