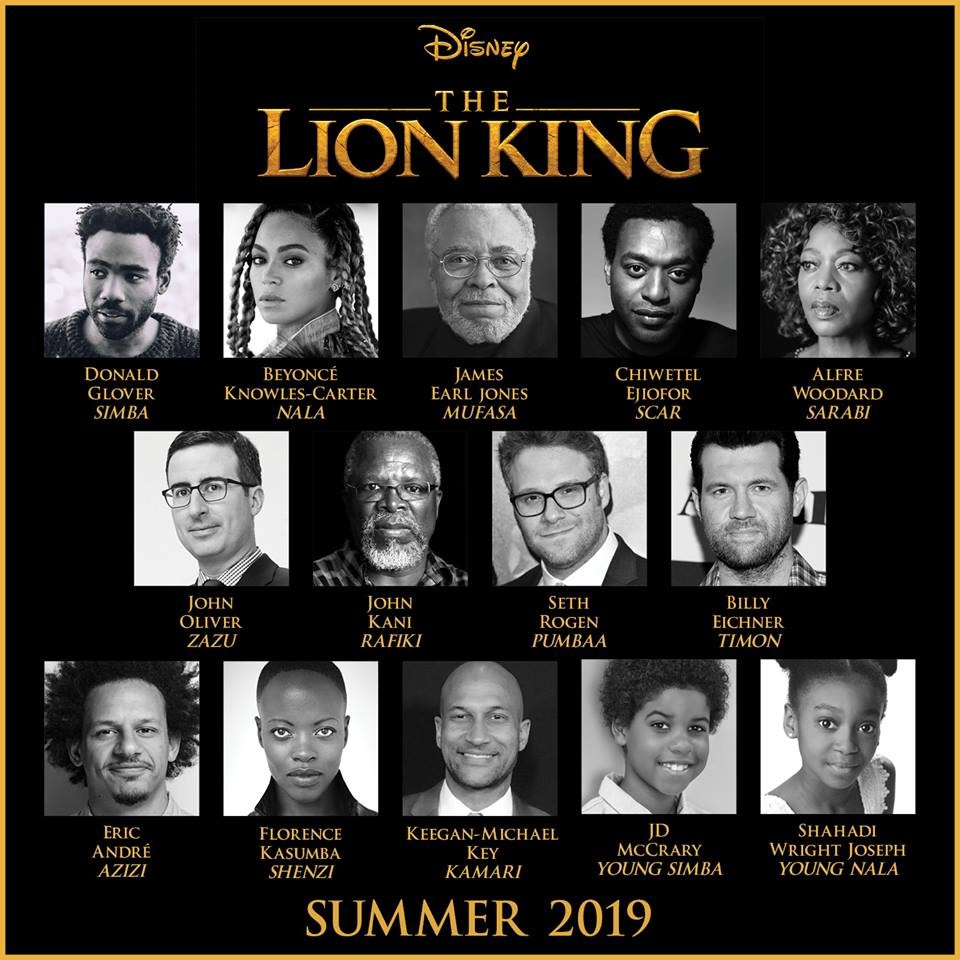 This is one of the best Disney films ever, if you were to ask my opinion. And with Favreau in the helm…this will surely be good.

The all-star lineup for director Jon Favreau’s new take on Disney’s 1994 classic animated film “The Lion King” includes stars from the film, TV, theater and music arenas. Featuring pioneering filmmaking techniques, the film welcomes back to the big screen iconic characters that audiences have long treasured—but in a whole new way. From Disney Live Action, “The Lion King” is slated for U.S. theaters on July 19, 2019.

“It is a director’s dream to assemble a talented team like this to bring this classic story to life,” said Favreau.

“The Lion King” is directed by Favreau (“The Jungle Book,” Marvel Studios’ “Iron Man”) and produced by Favreau, Jeffrey Silver (“Beauty and the Beast,” “Edge of Tomorrow”) and Karen Gilchrist (“The Jungle Book,” “Chef”). Jeff Nathanson (“Catch Me If You Can,” “Pirates of the Caribbean: Dead Men Tell No Tales”) penned the screenplay based on the 1994 screenplay by Irene Mecchi, Jonathan Roberts and Linda Woolverton. Tom Peitzman (co-producer “Kong: Skull Island,” “Alice in Wonderland”) and Thomas Schumacher (“The Lion King,” “Beauty and the Beast”) are executive producers, and John Bartnicki (“The Jungle Book,” “Chef”) is co-producer. The award-winning team of artists tapped to bring the African savanna and its animal inhabitants to life include visual effects supervisor Rob Legato, who conceived the virtual production on “Avatar,” won Academy Awards® for his work on “The Jungle Book,” “Hugo” and “Titanic,” and was nominated for an Oscar® for his work on “Apollo 13.”